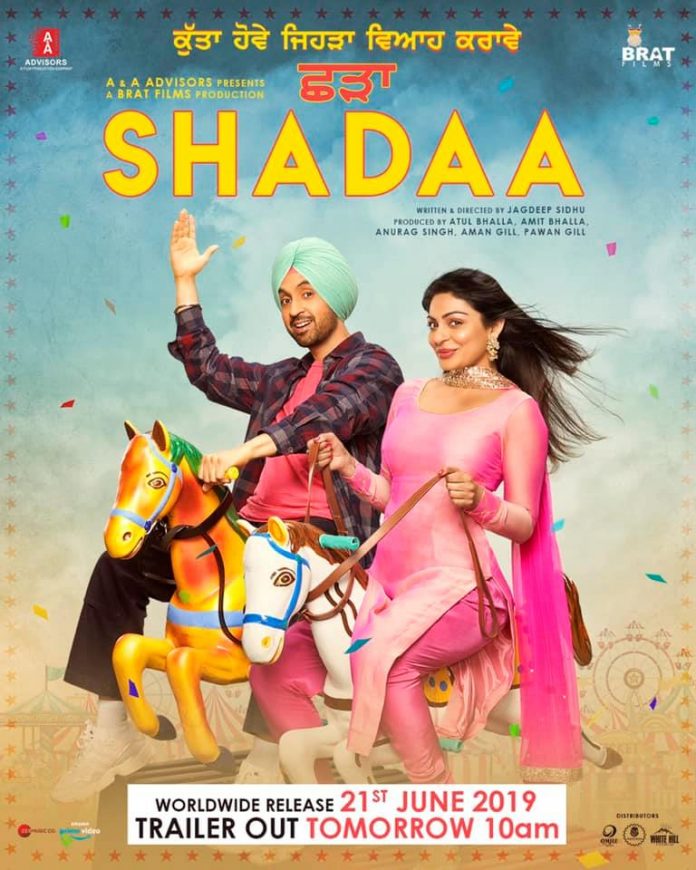 The makers behind the upcoming Punjabi movie ‘Shadaa’ have released the highly anticipated trailer for the flick!

Ever since the announcement of the movie, Diljit Dosanjh has been teasing his fans with endless behind the scenes footage and pictures from the sets. When he first shared the poster, he set the internet on fire.

Now, the highly anticipated trailer has finally arrived and exceeds our expectations.

We’re introduced to Diljit Dosanjh’s character right away, and he is shown as an anti-marriage type of guy and doesn’t get why people get married. However, he stumbles across Neeru Bajwa who he instantly falls in love with. However, she isn’t the typical Punjabi wife and holds no ‘wife’ qualities. The Shadaa (a man past the eligible age of marriage) now must decide if he wants to get married or remain an eternal bachelor!

Diljit Dosanjh fans know how much Diljit is a fan of Kylie Jenner, and we can expect a tiny cameo from her in the form of a doll. The trailer will have you chuckling, and the popular on-screen Jodi will make this movie a must see.

‘Shadaa’ has been directed by ‘Qismat’ director Jagdeep Sidhu, and this the big screen on 21st June 2019!