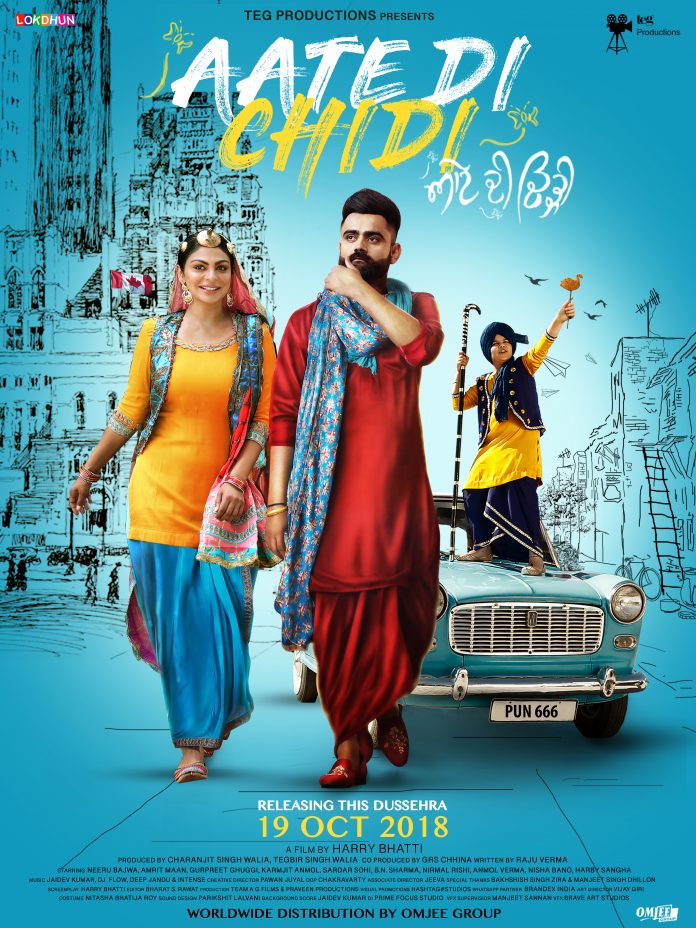 The makers behind the upcoming movie ‘Aate Di Chidi’ starring and Amrit Maan and Neeru Bajwa, have released the poster for the Punjabi flick.

The movie is set to be Punjabi singer Amrit Maan’s Pollywood debut and will be featuring alongside Punjabi actress Neeru Bajwa, who appeared in movies with Diljit Dosanjh in the past.

The two lead actors took to their social media accounts to showcase the poster, which features Amrit and Neeru together dressed in traditional Punjabi clothes. In the background, we also see a Canadian flag which could indicate some sort of Canadian connection to the movie.

The movie is due to be released October 19th and fans will eagerly be waiting for the trailer, to get a glimpse of what the movie is set to be about.