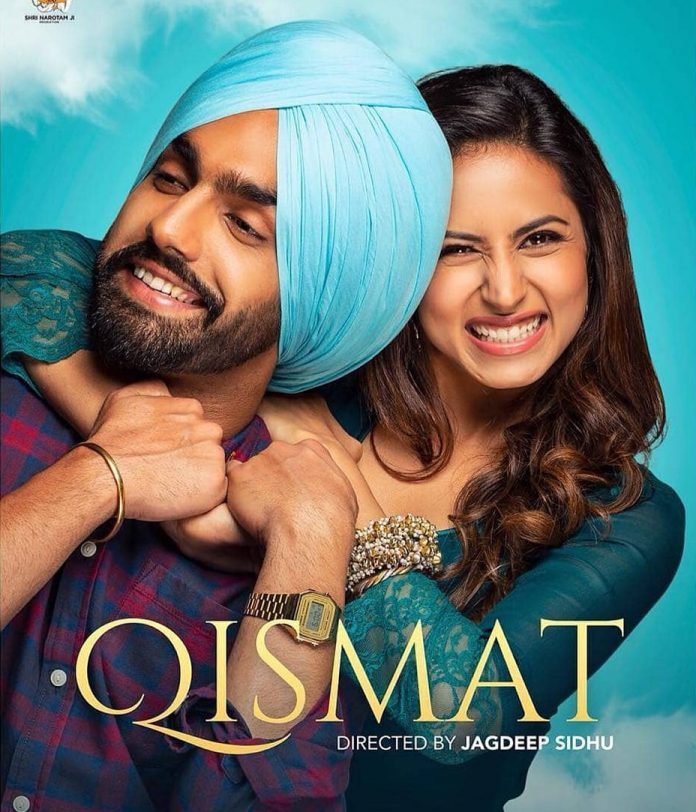 The makers behind the upcoming Punjabi movie ‘Qismat’ starring Ammy Virk and Sargun Mehta, have unveiled the movie poster.

After the release of Ammy’s song ‘Qismat’ (2017), which starred Sargun, recently announced that they will be working on a movie together titled, ‘Qismat’.

The duo took to their social media platforms to share the poster, to the delight of their many fans. The poster also featured the official release date of the movie – September 21st.

In the poster, we see both actors play fighting with each other and showing a romantic side to them. Jagdeep Singh is revealed as the director, who will be making his directorial debut. The music for the movie will be done by no other than Jaani and B Praak, who have most recently worked with Ammy Virk on ‘Hath Chumme’.

In the meantime, we will be seeing Sargun hitting the silver screen shortly alongside Binnu Dhillon and Jordan Sandhu in ‘Kaala Shah Kaala’. Whilst, Ammy Virk has recently made his singing debut in Bollywood with the song ‘Daryaa’ from the Bollywood movie, ‘Manmarziyaan’.