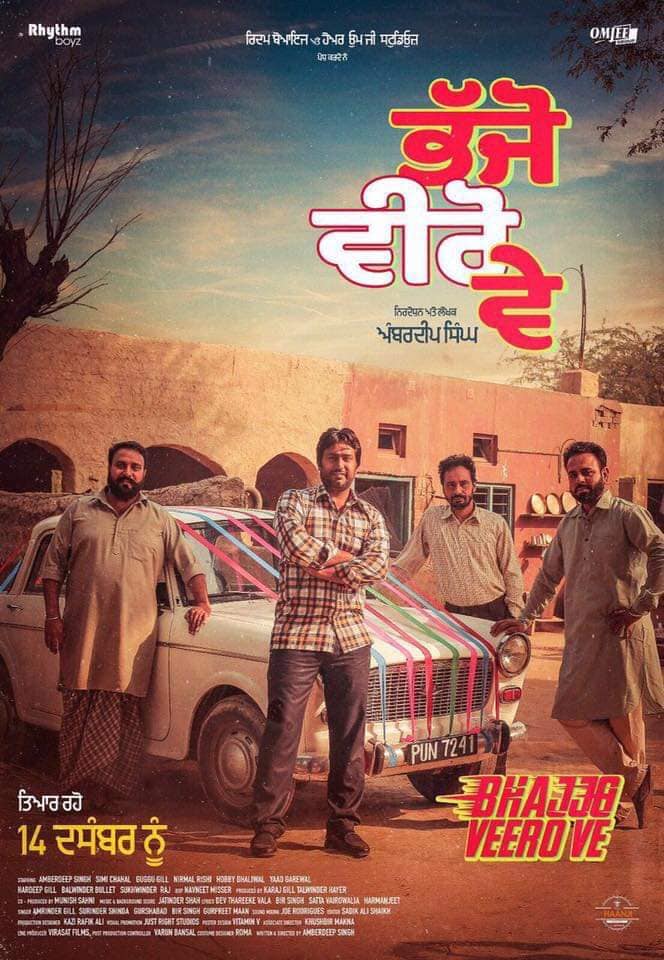 The makers behind the upcoming Punjabi movie ‘Bhajjo Veero Ve’ have released the title track from the flick.

The movie hit cinemas on Friday, and was Amberdeep Singh’s second time playing a lead character. Alongside him was Guggu Gill, who played his love interest. Before the release of ‘Bhajjo Veero Ve, Amrinder Gill shared the full soundtrack to encourage fans to go watch the flick.

The title track for the movie reflects the comical side of the movie and enlightens the audience. The track has been sung by Gurpreet Maan, and the lyrics have been written by Satta Variowalia. The music has been produced by no other than famous music director, Jatinder Shah.

‘Bhajjo Veero Ve’ is the first time where Amberdeep and Simi Chahl will be sharing the screen space. Not only is Amberdeep starring in the movie, but he has also directed and written the script. The movie also stars Guggu Gill, Nirmal Rishi, Hobby Dhaliwal and many others.