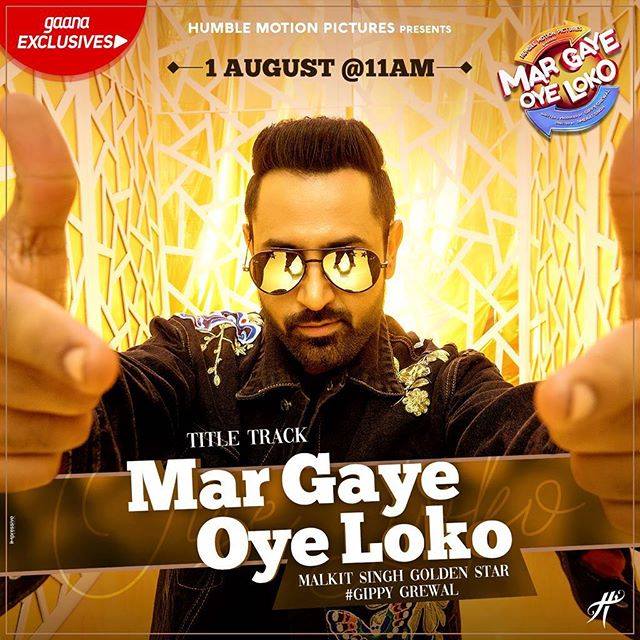 The title track for the upcoming Punjabi movie ‘Mar Gaye Oye Loko’ has been released.

The legendary Punjabi singer Malkit Singh has collaborated with lead actor Gippy Grewal for the remake of the classic track, ‘Mar Gaye Oye Loko’. The music for the second track from the movie has been produced by Jassi Katyal, who has created an up-tempo dance number, that will get the audiences dancing along.

This is the second song to be released from the movie, after Guru Randhawa made his Pollywood singing debut and sung the romantic number ‘Aaja Ni Aaja’, which was released first. After the two releases by Guru Randhawa and Malkit Singh, fans are sure to be eagerly waiting for the next tracks from the movie to come out, and we’re sure they will not be disappointed.

The movie is based on a love triangle between Gippy and Binnu Dhillon who both fall in love with Sapna Pabbi’s character. It’s another romantic comedy, that is sure to provide a lot of laughs when it hits the big screens on August 31st.