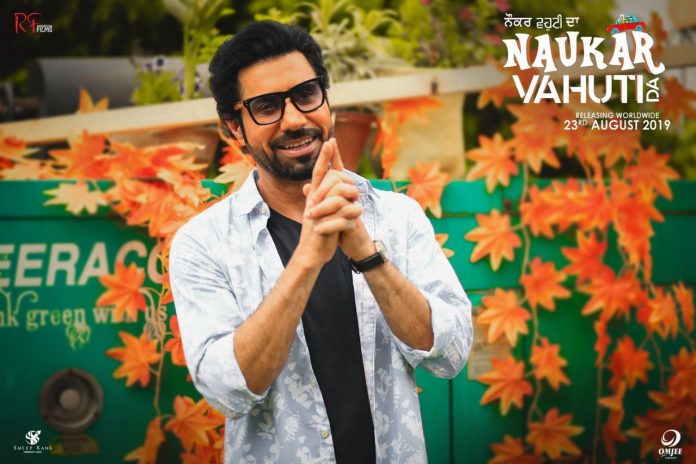 The makers behind the upcoming Punjabi movie ‘Naukar Vahuti Da’ have released the title track from the soundtrack.

Only last week, the makers released the anticipated trailer for the upcoming Binnu Dhillon starrer ‘Naukar Vahuti Da’. To keep the audiences engaged and build some more hype, they have now released the official title track.

The track has been sung by Binnu’s former co-star in ‘Mar Gaye Oye Loko’ and popular Punjabi actor Gippy Grewal. We’re given a look into Binnu and Kulraj’s on screen relationship, where we see them playfully fighting and teasing one another.

The family orientated comedy drama sees Binnu playing a double role. In order to make things right between him and his on-screen wife, he wears a disguise to get closer to his wife and daughter. However, not everything pans out right.

The flick will be releasing on 23rd August, and has a star-studded cast featuring Gurpreet Ghuggi, Jaswinder Bhalla, Kulraj Randhawa, Preet Anand and many others!