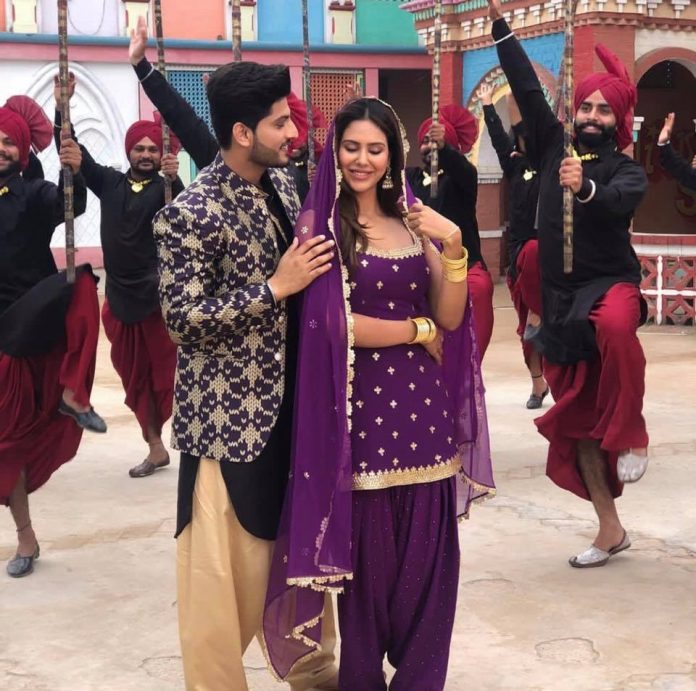 The Gurnam Bhullar and Sonam Bajwa starrer have captured the attentions of many since the release of the title track. Now, they have answered their fans prayers and have released the trailer.

‘Guddiyan Patole’ is set to be a different take on Punjabi films and is another fresh new concept. In the three-minute trailer, we’re introduced to Sonam Bajwa’s character, who is far cry away from the usual characters she plays. The actress dons western clothing, and has changed her hair, accent and attitude to bring her role to life.

The film also stars Tania, who will be hitting the big screen again after her role in ‘Qismat’. She plays Sonam’s younger sister, but still has equally important role in the flick. Lead actor Gurnam Bhullar plays an innocent village boy, who looks like he will be breaking one of the sister’s hearts.

We’re also introduced to Punjabi cinema royalty Nirmal Rishi, who plays the sisters Nani. We see the sisters introducing her to the western world, and can expect a lot of laughs from the flick.

The story revolves around Sonam Bajwa and Tani who have flown from Canada to Punjab. They meet their grandmother (Nirmal Rishi) who isn’t very impressed to see how modern the girls are. As the story unfolds, we see the girls break down their grandmothers’ barriers, and show her the western way. The story isn’t complete without romance, and that comes through in Gurnam’s character who may cause a love triangle.