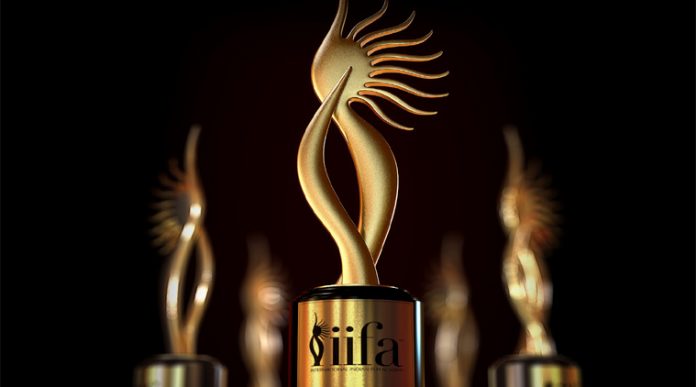 The biggest stars of Bollywood came together for the International Film Awards 2018 in Bangkok, Thailand, to celebrate the best of Indian cinema from the last 12 months.

The prestigious award ceremony was held at Bangkok’s Sian Niramit theatre last night, and was hosted by director and producer Karan Johar and actor Riteish Deshmukh who brought many laughs and a bit of Bhangra to the stage throughout the glamourous night.

Hosts, @karanjohar and @Riteishd have only just begun and already have the audience's complete and unwavering attention. #IIFA2018 pic.twitter.com/EpdbO5tJLP

The star-studded night was full of surprises and performances from some of the biggest Bollywood stars such as Arjun Kapoor, Ranbir Kapoor, Kartik Aaryan and many others. Bobby Deol, who recently made his comeback to the big screen after five years, performed Race 3’s new song ‘Party Chale On’. The audience also had a chance to see Anil Kapoor, Karan Johar and Ritesh Deshmukh dancing to Veere Di Wedding’s huge hit ‘Tareefan’, which was a hit with the IIFA crows.

As well as the spectacular performances from some of B-towns best, there were many awards given out with ‘Tumhari Sulu’ picking up the Best Film award, Bollywood playback singer Arijit Singh awarded Best Playback Singer (male) and ‘Hindi Medium’ picking up two awards for Best Director and Irrfhan Khan picking up the Best Actor award.

And the award for the Best Picture goes to #TumhariSulu#IIFA2018 pic.twitter.com/MIoehhJxQM

The IIFA Awards 2018 paid tribute to the late actors Sridevi and Shashi Kapoor. Sridevi was awarded the Best Female actor for Mom, and husband Boney Kapoor, picked up the trophy in her honour and said:

“I have mixed emotions today. I miss her every minute and second of my life. I still feel she is around here….I want you all to support Janhvi like you supported her mother…”

Anupam Kher was honoured with the Outstanding Achievement award at the ceremony, by fellow actor Anil Kapoor who shared his interesting story with the legendary actor. Kher has over 500 films under his belt and has made a huge impact in Indian cinema.

One stellar performance after another through the years – the award for Outstanding Achievement by an Actor in Indian Cinema goes to @AnupamPKher #IIFA2018 pic.twitter.com/q6EgsIxQjp

Legendary actress Rekha closed the show and returned to the stage after 20 years, to perform her popular song ‘Salaam—Ishq Meri Jaan’ on the glamourous stage. She proved why she remains an icon in Indian cinema, whilst donning beautiful traditional Indian wear.

The very evergreen #Rekha ji performed at the IIFA stage after 20 long years and we couldn't be more honoured to have her.#IIFA2018 pic.twitter.com/UllPd5JH22

As always, the IIFA’s were a dazzling spectacle and proved to be Bollywood’s biggest party of them all.

And it’s a wrap! #IIFA2018 has been a magical weekend with all our amazing stars. pic.twitter.com/XVbRczrGZG