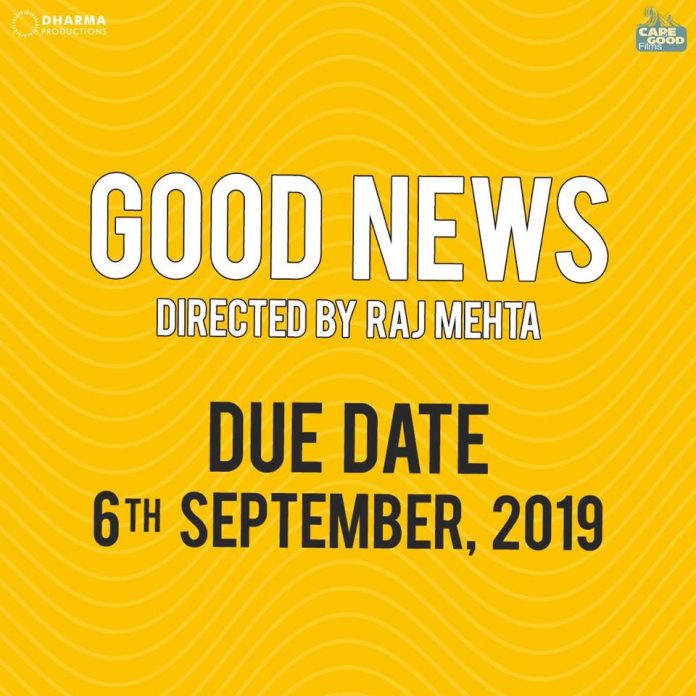 Fans have been waiting for more news since the big reveal back in August. The multi starter flick started shooting in November, and Diljit Dosanjh shared a glimpse of him and co star Kiara Advani on set.

Now, Dharma Productions have announced that the anticipated flick will be releasing on 6th September! Originally, the movie poster did show the date of 19th July, but we’re guessing it got pushed back due to Akshay Kumar’s filming time on the Sci-fi drama ‘2.0’.

‘Good News’ is based on the life of two couples and how they handle issues that arise in their lives. This will also be the first time we see Punjabi singer starring alongside Kiara Advani. Kareena Kapoor Khan and Akshay Kumar are also set to reunite since they were last seen in ‘Gabbar is Back’, which came out in 2015.

Hopefully, we will get a glimpse into the movie soon!