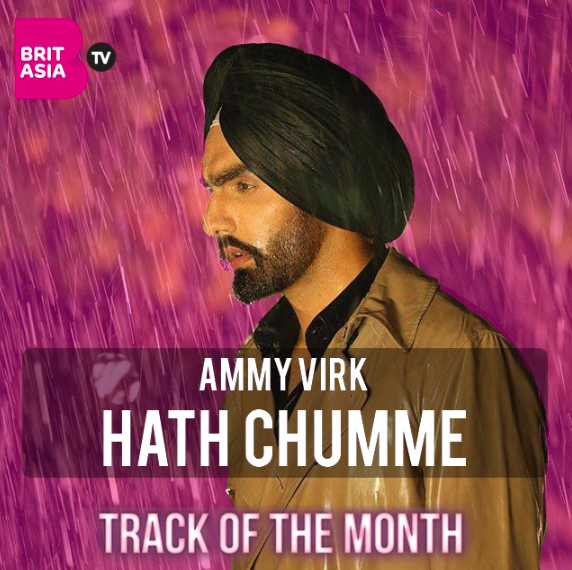 This month, our Track of the Month goes to Ammy Virk for his heart-breaking track, ‘Hath Chumme’.

‘Hath Chumme’ was one of the most awaited tracks from Punjabi singer Ammy, and was the first song to be released from Jaani and Arvindr Khair’s new music label, ‘Desi Melodies’.

After their success with ‘Qismat’, lyrist Jaani and music producer B Praak have worked their magic with the latest track, and Ammy’s voice gives it that final touch. Director Arvindr Khair has not disappointed with the music video, and has created a great story-line of betrayal, which keeps the audience captivated as we follow Ammy’s journey.

The heart wrenching song has captivated fans with its heartfelt lyrics and melodious music, and the video for the song has gathered over 27 million views on YouTube. It’s shown no signs of slowing down, and many figures in the industry have voiced their love for the song.

We can expect to see a lot from Ammy in the next few months, as he has his movie ‘Qismat’ releasing in September with fellow Punjabi actor Sargun Mehta.

Check out ‘Hath Chumme’ below by Ammy Virk.