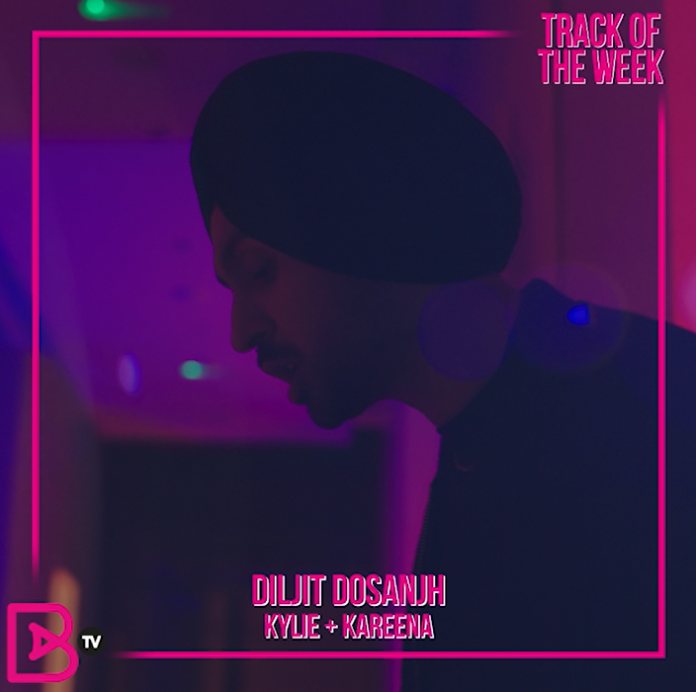 This week, our Track of the Week goes to ‘Kylie + Kareena’ by Punjabi star Diljit Dosanjh!

There is no doubt that Diljit Dosanjh is one of the biggest Punjabi stars at the moment, and with each new material he releases becomes an instant success.

This time round, he has experimented with his musical style once again and released the infectious ‘Kylie + Kareena’. There was a lot of hype around this track, and fans were eager to listen to this one. He didn’t disappoint once he finally released the big track, and it has become an instant success.

The track is an ode to his crush Kylie Jenner and ‘Good News’ co-star Kareena Kapoor Khan. The catchy music has been produced by Money Musik, Manu and XDProMusic. The video for the track is huge for a Punjabi track, and was directed by David Zennie.

The visuals could easily be mistaken for a mainstream track, and has already accumulated over 18 million views on YouTube. Diljit Dosanjh is on fire, and we’re sure he has many more fresh projects to release.

We can next see him alongside Neeru Bajwa in the Punjabi movie ‘Shadaa’, which will be released very soon!