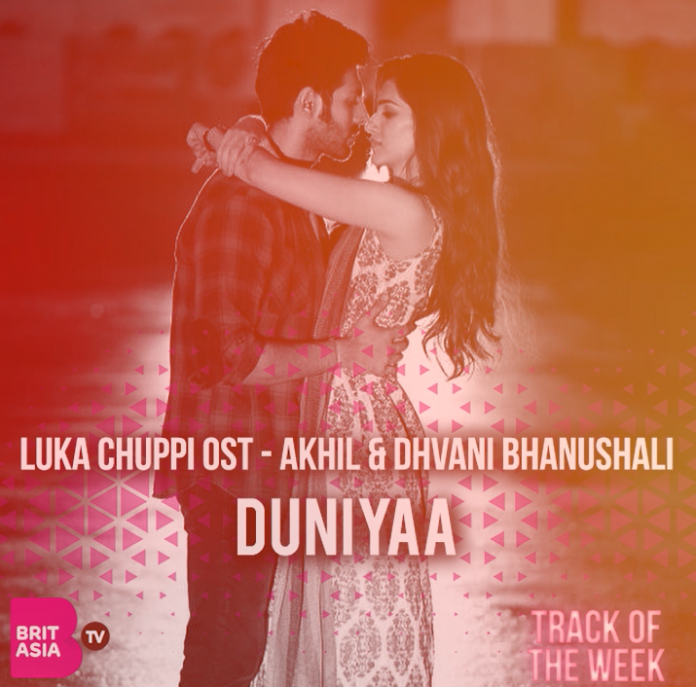 This week, our Track of the Week goes to ‘Duniyaa’ from the Bollywood movie ‘Luka Chuppi’.

In the lead up to the release of ‘Luka Chippi’, the makers have slowly been releasing tracks from the romantic comedy. The most recent one that was unveiled was the romantic ‘Duniyaa’.

The romantic love ballad has been sung by Punjabi singer Akhil and Dhvani Bhanushali. The song is a remake from Akhil’s track ‘Khaab’ and was remade especially for this flick. The movie is no short of remakes, as most of the songs from the soundtracks are some of the biggest Punjabi hits such as ‘Laung Laachi’, ‘Photo’, and ‘Coca Cola’.

However, ‘Duniyaa’ works perfectly well with the track and shows us the growing chemistry between lead actors Kartik Aaryan and Kriti Sanon. ‘Luka Chuppi’ explores a live-in relationship before marriage, which isn’t very common in India. It’s creating a lot of hype in Bollywood and is in cinemas now!