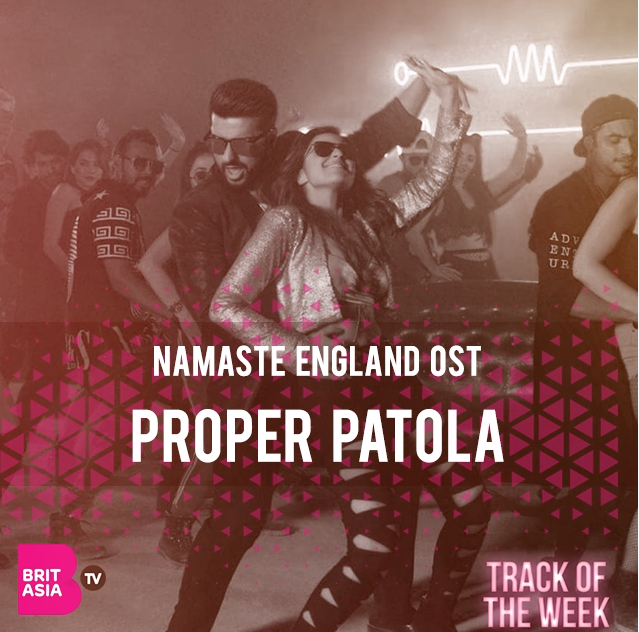 This week, our Track of the Week goes to ‘Proper Patola’ from the upcoming Bollywood Movie, Namste England, starring Arjun Kapoor and Parineeti Chopra.

The track from the soundtrack is a remake of the 2013 ‘Proper Patola’ by Punjabi superstar Diljit Dosanjh and Indian rapper Badshah. The song has now been given the Bollywood makeover and has been revamped by Badshah for the movie.

Aastha Gill has joined the track with her sensational vocals, and the music has been given a faster beat which will make you want to dance along. The hook step by Arjun and Parineeti are just as catchy, and with the combination of the music and the dance step, it’ll be stuck in your head for ages.

The track has been very well received and has gathered over 30 million views on YouTube, and is still growing rapidly. The movie release is just around the corner, and fans will be able to catch Arjun and Parineeti’s chemistry on October 19th.