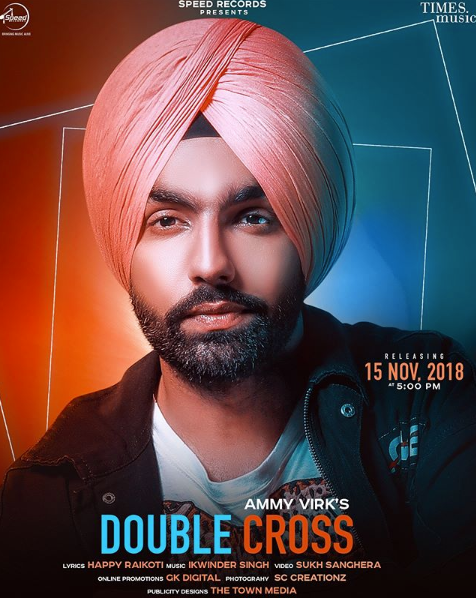 After the success of ‘Background’, Ammy Virk has more music to release to his fans and is set to hook them on his upcoming track, Double Cross.

The ‘Hath Chumme’ singer took to his 2.4 million Instagram followers to announce the date of the next release:

This time, Ammy has worked with Happy Raikoti, who has written the lyrics, and Ikwinder Singh, who has composed the music for the track. He has worked with Avrindr Kharia again, who has previously worked on the music videos for ‘Qismat’ and ‘Hath Chumme’.

The track is set to be released on November 15th.