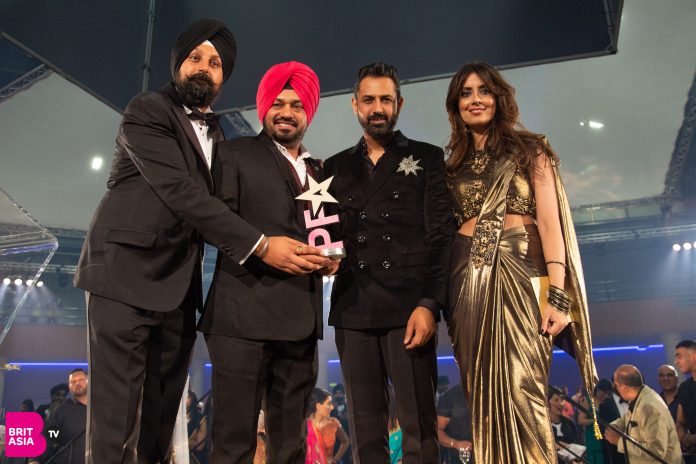 Not only has it broken records in India, but also had a global impact with it being the highest opening weekend for a Punjabi movie in the UK, Canada, North America, Australia, New Zealand. In the UK, the movie made nearly £100,000 in it’s opening weekend, and is still going from strength to strength, with fans eager to go watch the comedy movie, which stars some of the biggest Punjabi acts in India.

The movie features some of Punjab’s heavyweights from Punjabi’s comedy scene such as Gurpreet Ghuggi, Binnu Dhillion, Karamjit Anmol, and BN Sharma. Actress Sonam Bajwa also stars alongside Gippy Grewal, playing his love interest, and took to her Instagram to share the big news.

Gippy Grewal and Gurpreet Ghuggi were some of the stars at the recent Punjabi Film Awards 2018 hosted by BritAsia TV, where they were both awarded for their work, and we’re keen to promote the latest movie.

Both actors have much more lined up for the rest of the year, with Gippy Grewal set to star in ‘Margaye Oye Loko’, which is set to be another hit from the Punjabi star.