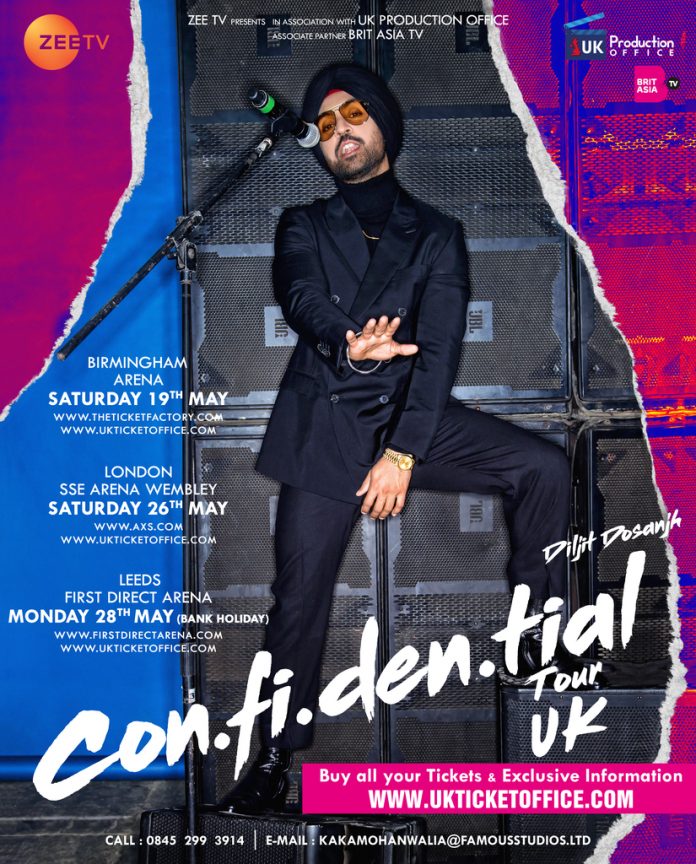 BritAsia TV are delighted to be part of Diljit Dosanjh’s tour for the third time as Associate Partners.

The Punjabi superstar will be taking his hits across to London, Birmingham and Leeds, where fans will be able to see the singer perform his classics and his new tracks from his awaited album, CON.FI.DEN.TIAL.

Diljit’s album is set to release on the 24th February, and the singer has already released one of the tracks from the album titled, High End.

Diljit Dosanjh will be touring the following cities on the dates below.

Tickets are now on sale and are available to buy here.