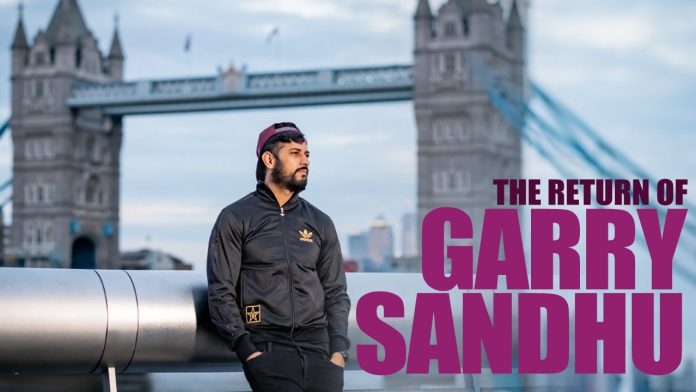 Punjabi sensation Garry Sandhu has retuned to the UK after being away for eight years.

The ‘Yeah Baby’ singer began his career in Birmingham and became an overnight success with his debut release “Main Nee Peenda”. After that he became a chart busting success with hits such as “Fresh”, “Sahan Toh Piyarya”, “Tohar” and “Dil De De”, which cemented his position as one of the leading vocalists within the industry and won him the BritAsia TV Best Newcomer award and Best Male Act.

Unfortunately, in 2011 he was deported back to India but the ‘Illegal Weapon’ singer didn’t give up on his dreams. He carried on releasing new tracks and he established himself as one of the most popular Punjabi singers.

He has had a string of hits such as ‘Illegal Weapon’, ‘Yeah Baby’, ‘Luddu’, ‘Alert Kudey’ and many more. Earlier this year, he broke into Bollywood with his song ‘Hauli Hauli’, which was used in the Ajay Devgan starrer “De De Pyaar De”, alongside Neha Kakkar.

Garry also launched his own record label “Fresh Media Records”, collaborating some of the biggest artists around the world.

The news has already spread like wildfire on social media, and fans are gearing up to see the star when he hits the stage at Arena Birmingham for E3 Live in November.

I believe everyone deserves a second chance in life and no matter what obstacles you face in life, with the right help and support I believe anything is possible.”