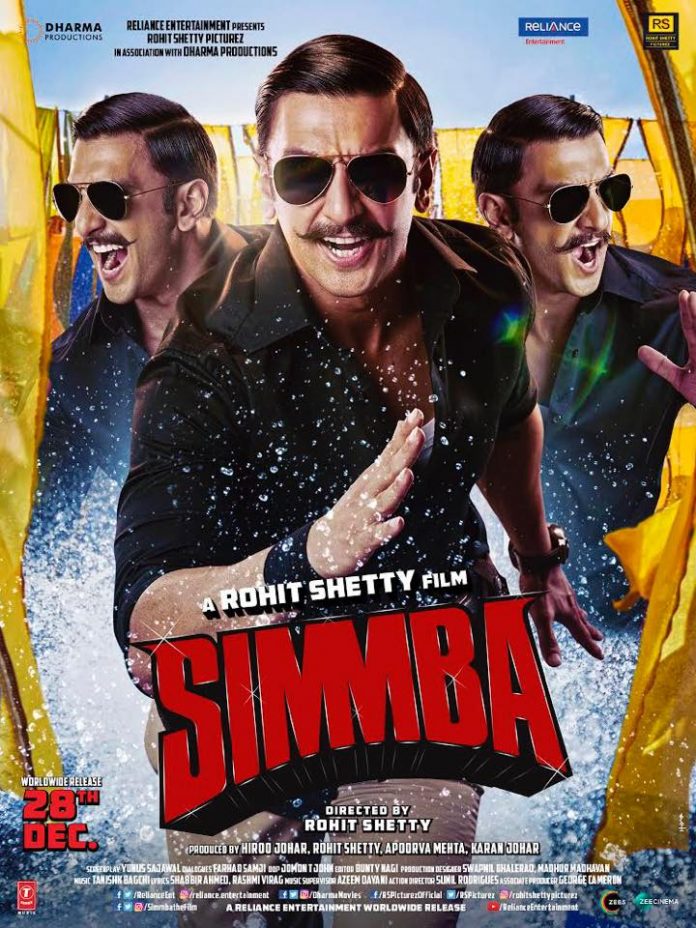 The makers behind the upcoming Bollywood movie ‘Simmba’ have released the third song from the soundtrack titled ‘Aala Re Aala’.

Ranveer Singh is back with another theatrical performance in the latest song ‘Aala Re Aala’. The actor makes a grand entry in Rohit Shetty’s directorial in an extravagant way, surrounded by women on bikes wearing colourful saris. Ranveer enters with slick aviators and a moustache which would make all men envious.

The song is completely fitting to Ranveer’s energetic personality, and we see him performing some impressive dance moves. The track has been sung by Dev Negi, and the entertaining number has been composed by Tanishk Bagchi, and written by Shabbir Ahmed.

‘Aala Re Aala’ is reminiscent of Ranveer’s high energy performance in ‘Tattad Tattad’ from his 2013 flick, Goliyon Ki Rasleela Ram-Leela.

In ‘Simmba’, we can expect to see newly married Ranveer Singh romancing Sara Ali Khan. Sara recently made her Bollywood debut in ‘Kedarnath’, and was praised for on screen performance. The movie also stars Sonu Sood, Ashutosh Rana and Ajay Devgn as a guest appearance.

Fans can also enjoy the dance number, ‘Aankh Marey‘, which is a remake by Mika Singh, Neha Kakkar and Kumar Sanu. The flick also has the romantic number ‘Tere Bin’, which is another remake by Rahet Fateh Ali Khan.

‘Simmba’ is due to land in cinemas 28th December.