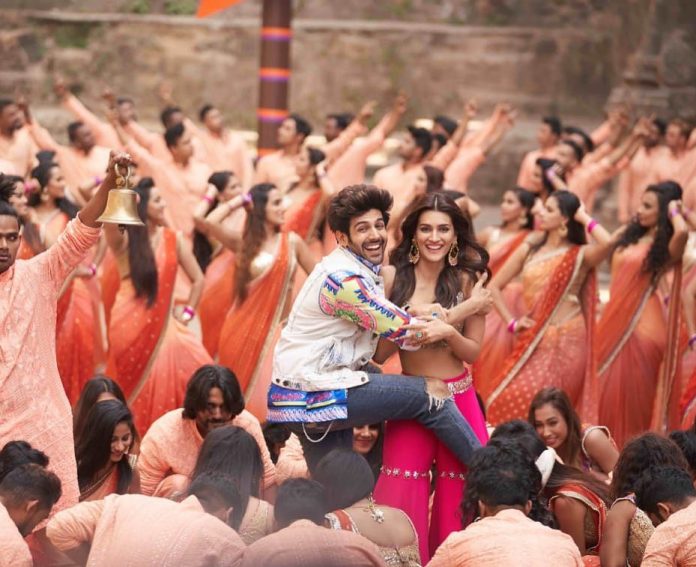 The makers behind the upcoming Bollywood movie ‘Luka Chuppi’ have released the second track ‘Coca Cola’ from the flick.

Following on from the success of the trailer and the first track ‘Poster Lagwa Do’, the makers have released another dance number called ‘Coca Cola’.

Bollywood is a fan of remaking classic songs and have done the same with the tracks from this flick. The first track ‘Poster Lagwa Do’ was originally from Akshay Kumar’s ‘Aflatoon’ and was remade by Punjabi stars Mika Singh and Sunanda Sharma.

‘Coca Cola’ is another remake which was originally sung by Tony Kakkar. In the remake, they have kept Tony’s vocals and added his sister Neha Kakkar to the track. The track has been sped up to make it one of the dance anthems of the year.

Lead actors Kartik Aaryan and Kriti Sanon can be seen doing an energetic dance routine, where they are sporting some glamorous outfits.  Fans of the stars are excited to see the flick as it’s a brand-new on-screen duo and an unusual story line.

The film explores a live-in relationship before marriage, which isn’t very common in India. It’s creating a lot of hype in Bollywood and will be hitting the big screen on 1st March!