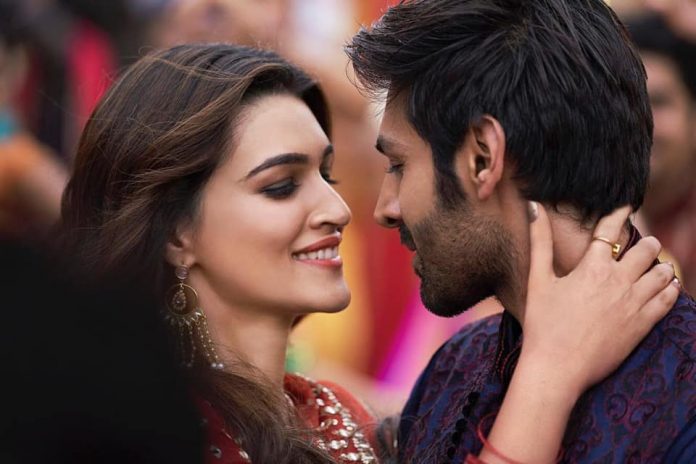 The makers behind the upcoming Bollywood movie ‘Luka Chuppi’ have released the first song from the soundtrack titled ‘Poster Lagwa Do’.

Following on from the recent release of the trailer, the filmmakers are keeping up the momentum and have released the first track from the movie!

‘Poster Lagwa Do’ is a remake of the classic ‘Ye Khabar Chhapwa Do’ from the movie Aflatoon (1997), which starred Akshay Kumar and Urmila Matondkar. Punjabi fans are in for a treat as the remake has been sung by no other than Mika Singh and Sunanda Sharma.

This is not the first time we are seeing a classic number being remade for a Bollywood flick. It’s becoming more of a trend and is generating more hype for the movies. We saw this happen in the movie ‘Simmba’ which featured the song ‘Aankh Marey’, which was visualised by lead actors Ranveer Singh and Sara Ali Khan.

In ‘Poster Lagwa Do’ we get a glimpse of the relationship between Kartik Aarayn and Kriti Sanon, who are hitting the big screen together for the first time. The hook step is sure to catch everyone’s attention, and will have audiences dancing along to it.

The Laxman Utekar directorial looks like it set to tackle the idea of pre-marital relationships, while it is common now to date before marriage. Living together is still considered a promiscuous concept in India.