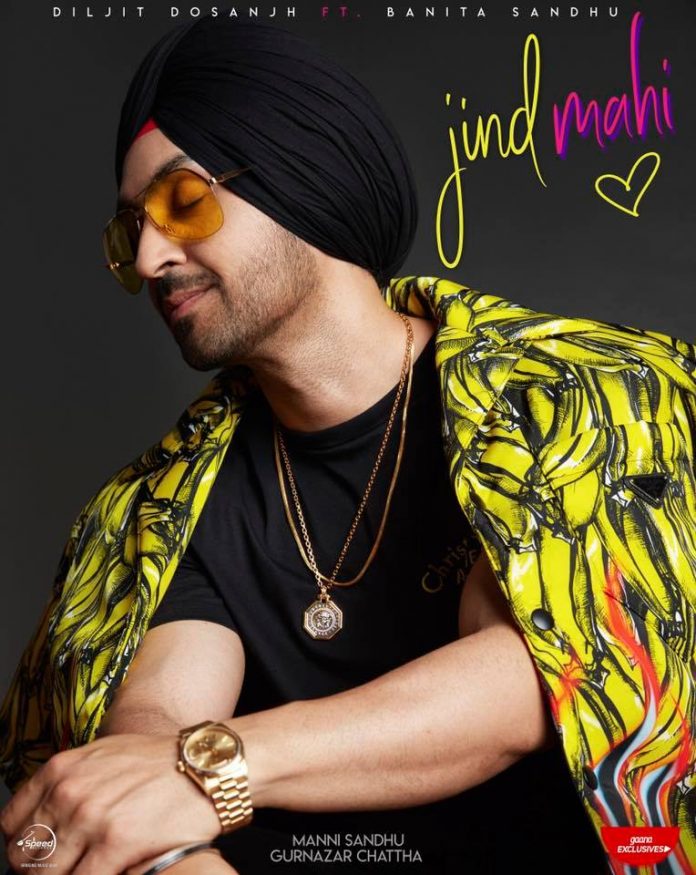 Diljit Dosanjh is on a roll lately, and we’ve already seen him release tracks such as ‘Putt Jatt Da’ and ‘Aar Nanak Paar Nanak‘, both of which we’re completely two different genres. Now, he’s back with another different sounding track – Jind Mahi.

The ‘High End’ singer has teamed up with British Asian producer Manni Sandhu for this one, and he has created a beat we don’t normally hear from him. Manni originally recorded the song with Punjabi singer Gurnazar Cattha, who recently released his track ‘Pinjraa’.

After sharing it with Diljit’s team, Diljit fell in love with the track and recorded it, and quickly shot the music video in Essex.

The track is a stunning love ballad with a twist, that will have you nodding a lot with it. Diljit’s smooth vocals accompany Manni’s music well, and you will want to play this on repeat.

The music video features Banita Sandhu, who made her Bollywood debut earlier this year opposite Varun Dhawan in ‘October’. ‘Jind Mahi’ follows Banita as she enters a house party and looks to be missing the presence of her love interest (Diljit), that she had met in a similar setting previously.

There’s a surprise at the end of the video, that will put a smile on your face!

In other Diljit news, the singer is also releasing an album called ‘Roar’ next month, and he has promised that it will be full of Bhangra bangers.