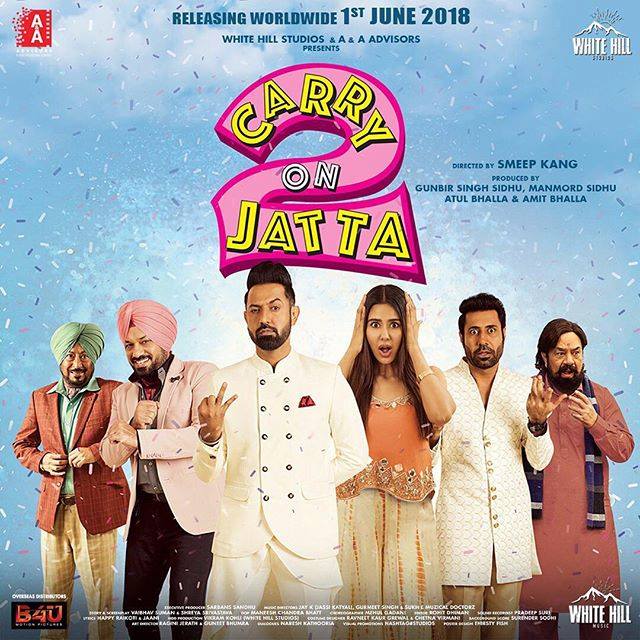 DJ Wala is the fifth song to be released from the upcoming Punjabi movie ‘Carry on Jatta 2’ starring Gippy Grewal and Sonam Bajwa.

The makers of the movie have released the Punjabi party song from 2018’s most eagerly anticipated comedy movie, to get fans ready for the release of it.

The latest song has been sung by the lead actor Gippy Grewal himself, and the upbeat music has been composed by Sukh E Muzical Doctorz and lyrics have been written by Jaani.

We have already seen releases such as the title track, ‘Bhangra Paa Laiye’, and ‘Kurta Chadra’ which have already created a buzz amongst the audience, and fans are now eagerly waiting for the sequel.

‘Carry on Jatta 2’ is bigger and better than the first, and we see a fresh new cast amongst Gippy Grewal, such as Sonam Bajwa, Gurpreet Ghuggi, and many other Punjabi actors.

The Punjabi movie is due to be released on the 1st June, but in the meantime, check out DJ Wala from the film below.