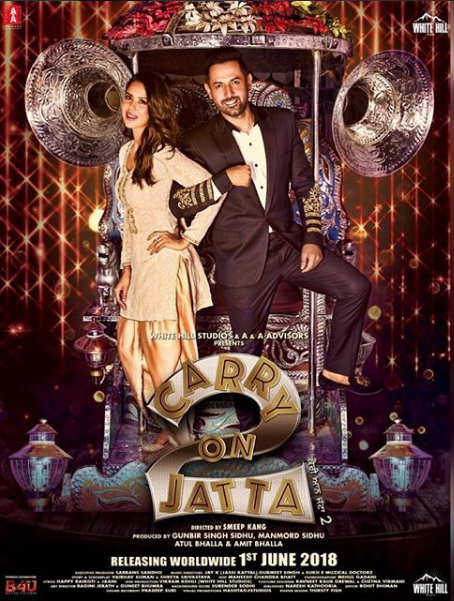 Gabru is the latest track to be released from the upcoming comedy Punjabi movie ‘Carry On Jatta 2’ starring Gippy Grewal and Sonam Bajwa.

The movie that is set to be released on the 1st June, has been teasing fans with tracks such as the title track, ‘Bhangra Pa Layie’ and ‘Kurta Chadra’ have all been hits with fans.

The makers of the movie have now released ‘Gabru’ which is another Bhangra anthem, that everyone will be able to dance along to.

The lyrics for the song have been written by well known lyricst and singer Happy Raikoti, and the star of the movie Gippy Grewal and Shipra Goyal have sung the Bhangra tacks.

Talking about the song, Gippy Grewal said: “This song is for hardcore Bhangra fans. I loved performing on this song. Collaborating with Shipra Goyal was an amazing experience.

The response the soundtracks of the film are receiving is overwhelming. Now, I am sure this song will rule audience’s heart. I am just too excited for the releases of the film.”

In the video, we see Gippy in an all black stylish look and Sonam Bajwa looking graceful as ever in traditional Punjabi clothing.

Check out Gabru from the upcoming movie ‘Carry On Jatta 2’ below.