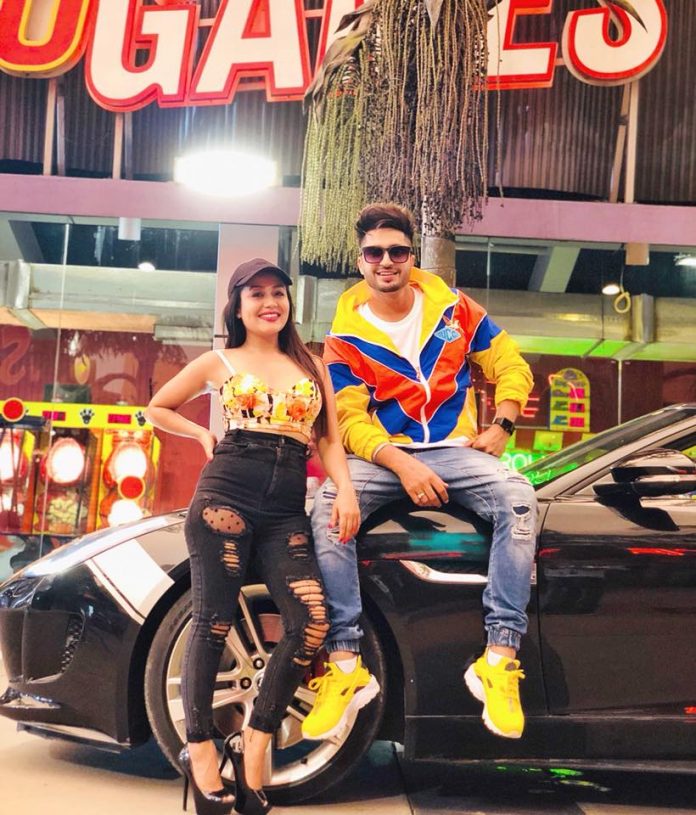 Jassie Gill recently appeared in his first Bollywood movie, Happy Bhaag Jayegi Returns, alongside Bollywood actress Sonakshi Sinha. He’s already got another one in the pipeline, so we’re sure we will be seeing a lot more of the Punjab native. Neha Kakkar has also been busy and has most recently lent her voice for the remake of ‘Dilbar Dilbar’, and won the award for ‘Bollywood Track of the year’ at the BritAsia TV Music Awards 2018.

A few weeks ago, the singer shared a poster of their upcoming track, ‘Nikle Currant’:

Now, the video for the catchy song has been released.  The combination of both their voices on the track is infectious, and will leave you playing it on repeat. Songwriter favourite Jaani has written the lyrics and the music video has been shot by no other than Avrindr Khaira. Sukh-E Muzical Doctorz have worked on the music for the fun and peppy track.