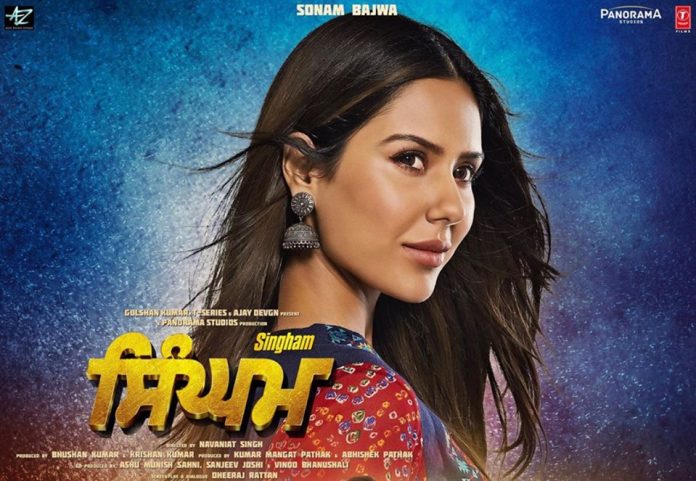 Following on from the release of the romantic track ‘Demand’, and the Bhangra packed ‘Tolla Nachda’, the makers are wasting no time in releasing new material to keep the fans engaged.

Now, another romance filled track is here to show us the brewing chemistry between the leading stars Parmish Verma and Sonam Bajwa.

The latest song is a Punjabi remake and has still been sung by Kulwinder Dhillon, however the music has been recreated by Desi Crew.

The visuals follow around Parmish and Sonam, as we get to see their love blossom and turn into a marriage. The young on-screen couple are refreshing to watch, and their huge fan bases are sure to be down the cinema on the opening weekend.

As the film is an official remake of the Bollywood movie ‘Singham’, the story line has been kept the same. The flick is about an honest cop called Dilsher (Parmish Verma), who fears no one when it comes to truth and justice.