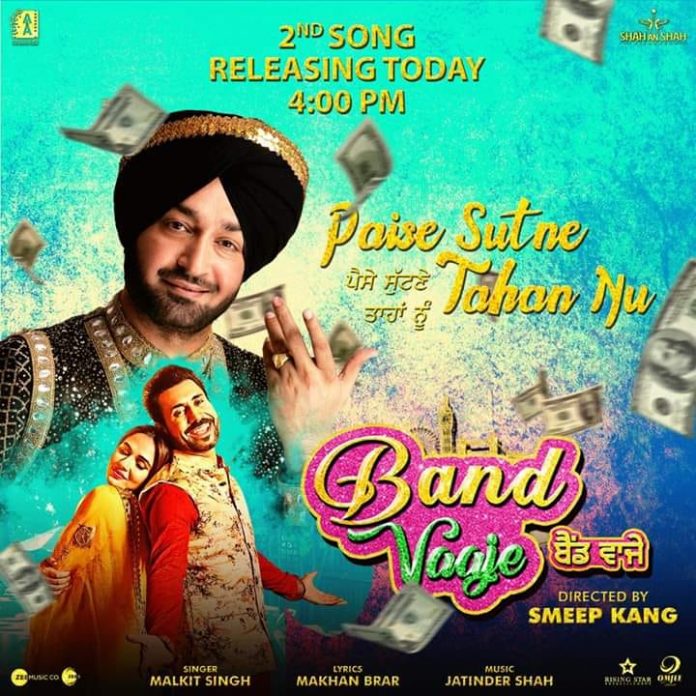 The makers from the upcoming flick ‘Band Vaaje’ have released the second track from the soundtrack titled ‘Paise Sutne Tanha Nu’.

Following on from the release of ‘Neend Na Aave Mainu‘, the second track ‘Paise Sutne Tanha Nu’ is the ultimate wedding song, and has been sung by no other than legendary Punjabi singer Malkit Singh.

The track has been set in a wedding backdrop, where see the entire cast showing off their Bhangra moves and dancing along to Malkit Singh.

We see the blossoming romance between lead actors Binnu Dhillon and Mandy Takhar, which will make audiences swoon.

From the trailer, we know the flick will be about a Lahore based girl falling in love with a Punjabi guy. The movie also features a stellar cast including Gurpreet Ghuggi, Nirmal Rishi and Jaswinder Bhilla.

The Smeep Kang directorial is set to hit cinemas on 15th March!