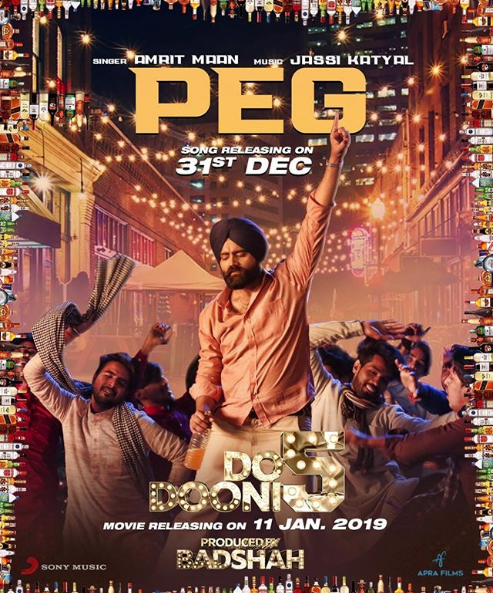 The third track from the upcoming Punjabi movie ‘Do Dooni Panj’ has been released from the soundtrack titled ‘Peg’.

With a few more weeks left until the release of the flick, the makers behind ‘Do Dooni Panj’ have released another song from the soundtrack.

Fans have already had a chance to listen to ‘Haunsla’ and ‘Jacketan Lightan Waliyan’, where they enthralled by the voice of Punjabi singer and lead actor Amrit Maan and for the first time, Indian rapper Badshah collaborated with Amrit Maan.

The latest track ‘Peg’ has been sung again by Amrit Maan, and is a Bhangra powered track that will get audiences up and dancing along to. Not only has he sung the song, but also wrote the fun lyrics as well.

The trailer for the movie was released earlier this month, and fans are eagerly waiting for this new Pollywood concept to hit the screens.

A.R Rahman’s Ode to the Magic of Music, ’99 Songs’ Soundtrack Releases in Hindi,...