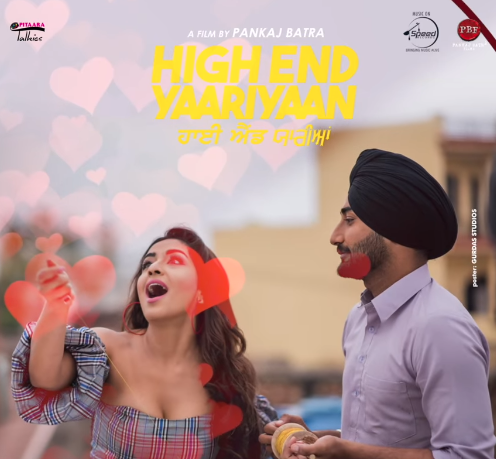 The makers behind the upcoming Punjabi movie ‘High End Yaarian’ have released the fourth track from the soundtrack titled ‘Rasidaan Dil Diyaan’.

Following on from the releases of ‘Rabba Ve’, ‘Churai Janda Hai’ and ‘End Yaariyan’, the filmmakers have released the romantic ‘Rasidaan Dil Diyaan’, to captive more hearts prior to the release of the flick.

The makers are making sure they are keeping the audience hooked to the movie, and they haven’t disappointed with the latest track. The lead actors took to their social media to share the official video.

The heartfelt track has been sung by Sanj V, and we get an in-depth look at Ranjit Bawa’s character and his love interest in the film, Musskan Sethi. It takes us on a love journey from when he starts to fall in love with her.  The song has come out at the perfect time, with Valentine’s Day season around us.

‘High End Yaarian is all about love, friendship, heartbreak which all audience members will be able to relate to. The film is also prominently based in London, England, and follows the life of three best friends -Jassie Gill, Ninja and Ranjit Bawa.

Catch the flick in cinemas on 22nd February!