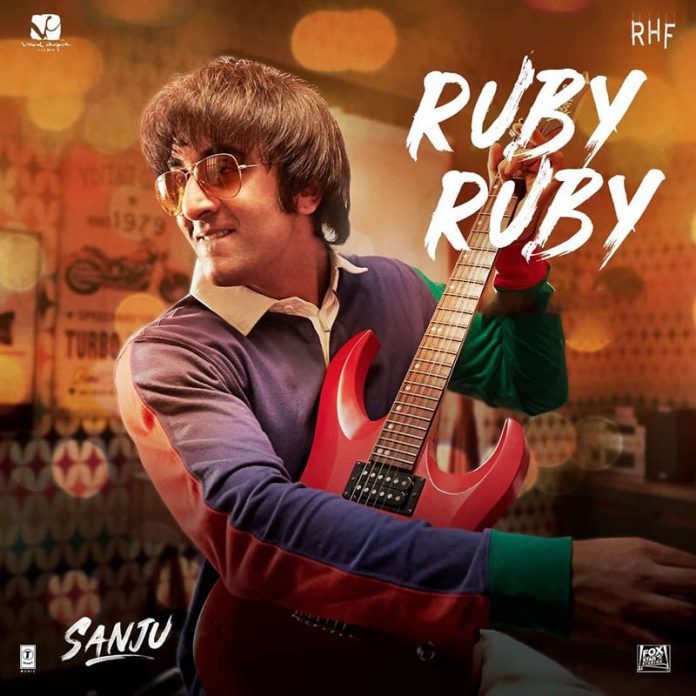 ‘Ruby Ruby’ is the latest song to be released from the upcoming Bollywood movie ‘Sanju’ starring Ranbir Kapoor.

The release of the highly anticipated movie ‘Sanju’ is around the corner. The film starring Ranbir Kapoor is a biopic based on the controversial life of Bollywood actor Sanjay Dutt. The makers of the movie have released two songs – ‘Main Badhiya Tu Bhi Badhiya’ and ‘Kar Har Maidaan Fateh’.

This track has been produced by the famous composer AR Rahman where he has added his magical touch. The voices of Shashwat Singh and Poorvi Koutish blend perfectly with the mood of the track, and makes this an instant winner.

The official video hasn’t been released yet but the lyric video has a still image of Ranbir sporting an 80’s look.  The film is due to be released on 29th June.