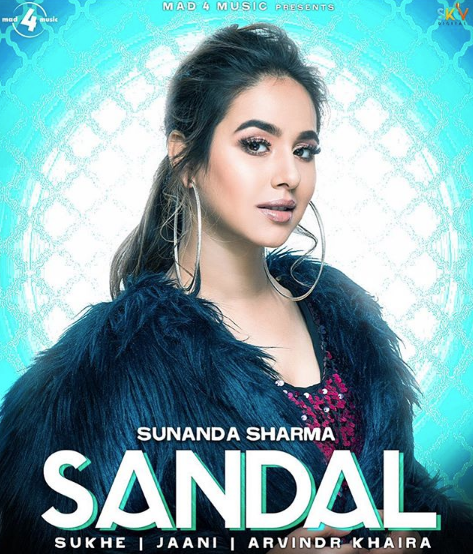 Sunanda Sharma has finally dropped her first track of 2019 after teasing her fans with music news for months.

She had been hinting at the new track for months, and even sent her fans into a guessing frenzy by revealing small clues on what the track would be called.

‘Sandal’ finally released on Friday, and is the perfect track to kick off the weekend. It has Sunanda Sharma written all over it from her quirky personality to her strong Punjabi vocals.

She’s teamed up with the guy’s behind her previous track ‘Morni’, which consists of Jaani, Sukh-E and Avrinder Khaira. Together, they have made another hit song and have delivered on the music and the video.

The music video shows off Sunanda’s various fashion styles, and fans are in for a treat with Sunanda playing two different characters! She also announced that she will be venturing back into the Punjabi film industry, so we can expect to see the ‘Jaani Tera Naa’ singer back on the big screen soon!