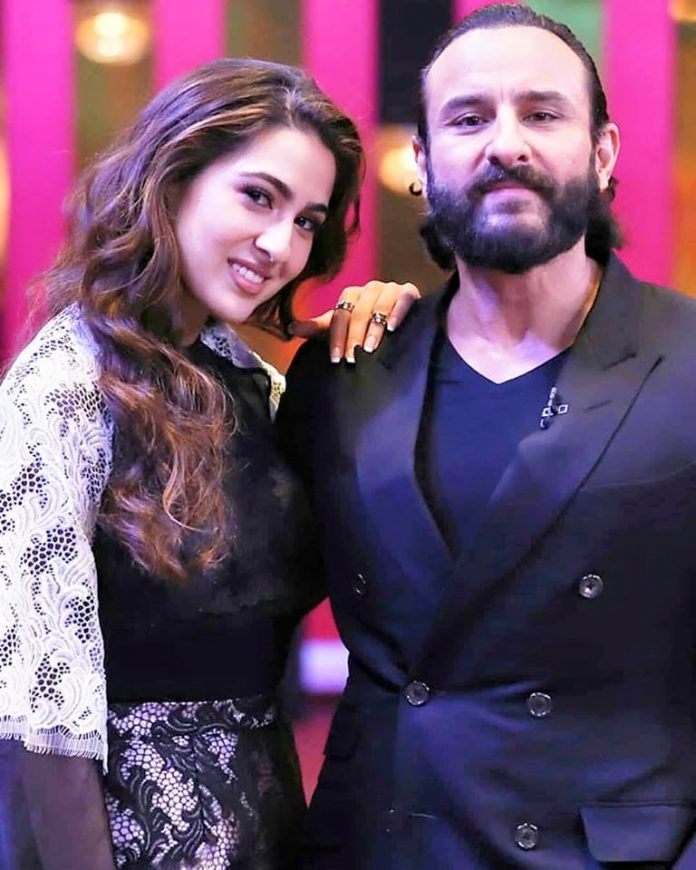 There is no denying Sara Ali Khan’s ability as an actress after delivering back-to-back blockbusters, first Kedarnath (2018) and now Simmba (2018).

This young starlet clearly has a bright future ahead of herself, with rumours swirling about her next there is a flurry through Bollywood about Imtiaz Ali’s ‘Love Aaj Kal 2’ and Sara’s involvement in the film.

There was a lot of intrigue into how Sara would fair in Bollywood cinema with her parents – Amrita Singh and Saif Ali Khan both being actors themselves.

Sara surpassed her critic’s expectations and if speculation is to be believed she will be the leading actress in ‘Love Aaj Kal 2’, with her father Saif to play her on-screen father in this film also.

Audiences had an insight into the enigmatic and electric father-daughter duo’s relationship on the ‘Koffee With Karan’ couch.

The two were incredibly entertaining, natural and fluid with one another which would translate well on the silver screen also.

Saif starred in the original film, ‘Love Aaj Kal’ (2009) and it appears he will be joining this franchise once more.

Previously Saif was the romantic lead in ‘Love Aaj Kal’(2009) with Deepika Padukone paired opposite him.

However, reports have emerged that Saif will play a father role to Sara and he will have a similar narrative role as Rishi Kapoor did in the original, ‘Love Aaj Kal’ (2009).

A source highlighted to DNA India that,  “It was the obvious call he made, given that it is Love Aaj Kal 2 and the core idea of the plot remains the same. Like Rishi Kapoor in the original, Saif, too, will have a prominent part in Sara and Kartik’s relationship here”.

Currently the talks are in progress and schedules are being exchanged in order for Sara and Saif to star in this film together.

Sara is set to star opposite Kartik Aaryan in ‘Love Aaj Kal 2’, which has also sparked interest as Sara has gone on the record in her ‘Koffee With Karan’ interview to say she has a crush on Kartik.

It will be interesting to see how the father-daughter duo fairs on-screen. With Anil Kapoor and Sonam Kapoor set to grace the screen in a similar format in ‘Ek Ladki Ko Dekha’ (2019) it appears the new trend emerging for film families is father-daughter films.