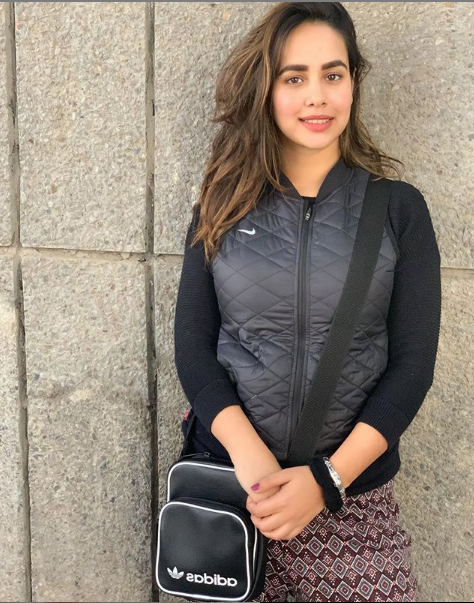 The ‘Janni Tera Naa’ singer Sunanda Sharma has new music on the way, but she’s not revealing anything yet.

Back in October, she announced to her 3.5 million Instagram followers that she has a brand new single ready for her fans, but since then we haven’t heard anything else.

The past week, her social media has sent her fans into a frenzy as she Sunanda started to hint more about her track. The ‘Morni’ singer revealed that the new song will be full of surprises and starts with the letter ‘S’.

The title of my next song starts from “S” And It consist of 6 letters 🥰. Chalo hun ta easy hogya guess karna – lets start😍

Similar to what she did with ‘Morni’, she let her fans guess what the song title was and what the song was going to be about, and it appears that she is doing the guessing game again.

As ‘Morni’ was such a big hit, we hope she will be following it through with the next one. The singer is working hard for the music video as she said on her Instagram, and hopefully it will be dropping very soon!