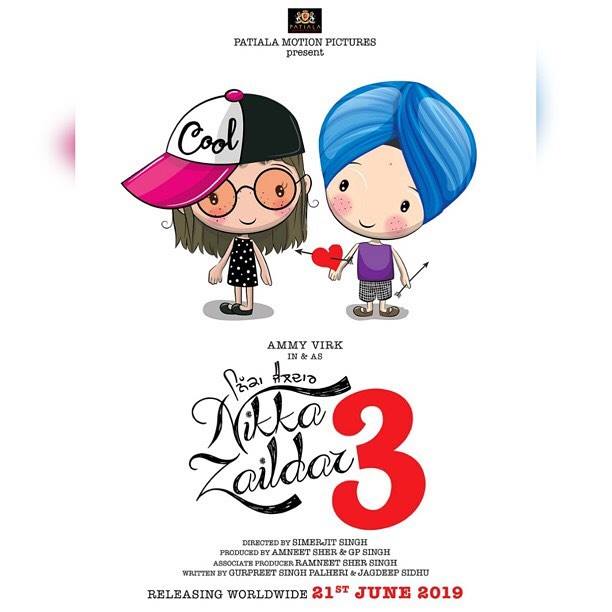 The makers behind ‘Nikka Zaildar 3’ starring Ammy Virk have released the poster for the third instalment of the movie.

There have already been two films from the franchise, where we saw the first one released in 2016, and was then followed by a sequel in 2017. Now, the makers have announced they will be bringing the Ammy Virk starring movie back for the third time.

The ‘Hath Chumme’ singer took to his Instagram to share the exciting news to his 2.1 million followers and captioned the post with: “Yessssss, we are coming… NIKKA ZAILDAR 3… Releasing 21st june 2019… waheguru mehar kare.”

The franchise has been well received and fans adored the chemistry between Ammy Virk and Sonam Bajwa. In the first movie, the story was based on a college love story where the guy proposed to the girl, and in the second movie we see a love triangle.

The third instalment will be directed by Simerjit Singh again, and is due to hit the big screen by the June 21st 2019.

In the meantime, Ammy is busy with promoting his upcoming movie ‘Qismat‘ starring Sargun Mehta, which is out September 21st.