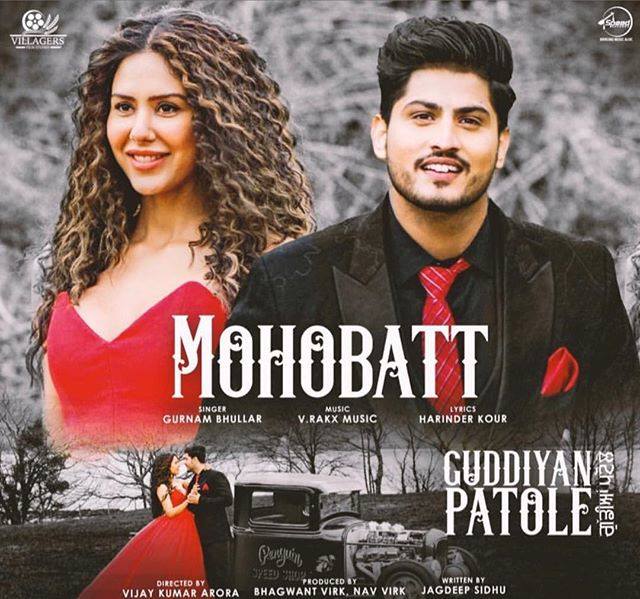 The makers behind the upcoming Punjabi movie ‘Guddiyan Patole’ have released the second track from the flick titled ‘Mohobbat’.

Following on from the success of the trailer which was released earlier this week, the makers have now released the romantic ‘Mohobbat’. Fans were also treated to the title track, which starred the leading actors, Gurnam Bhullar and Sonam Bajwa.

‘Mohobbat’ is the love song we were waiting for, and takes us on the journey of how both lead actors met in the first place. It begins with Gurnam waiting at the exit gate at the airport, where he meets Sonam for the first time.

We then follow the stars as their relationship gets deeper, and see them both fall for each other. Lead actor Gurnam Bhullar has sung the love song, and is enough to steal the audiences hearts.