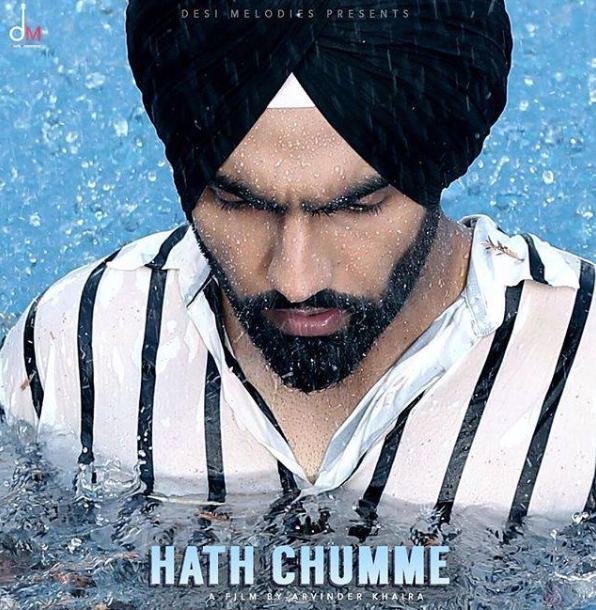 After being away from the music industry for a nearly a year, Ammy Virk is set to release his single ‘Hath Chumme’ with Janni and Arvindr Khaira’s record label ‘Desi Melodies’.

Punjabi singer Ammy Virk has been concentrating on movies such as ‘Nikka Zaildar 2’, ‘Laung Laachi’ and ‘Harjeeta’, which has been occupying his time, but now fans of the Punjab native will finally be able to listen to his soulful voice again.

The latest single is to be released by lyricist Jaani and music director Arvindr Khaira’s new record label called ‘Desi Melodies’. The duo have worked with Ammy on ‘Hath Chumme’ along with music producer B Praaak.

In the teaser, we see Ammy chained and struggling to walk through the desert. He appears battered and bruised, wearing torn clothes to then seeing him in another scenes where he looks viably upset and shocked. We know the song is a sad one, and looks like it will be reflected in the video, which has been directed by Arvindr Khaira.

The release date of the song has been set to the 27th June, in the meantime check out the teaser for the song below.