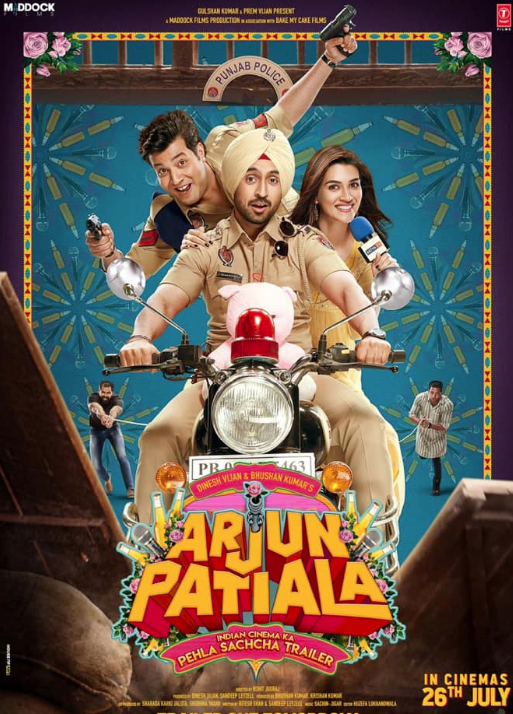 The makers behind the upcoming Bollywood movie ‘Arjun Patiala’ have finally released the highly anticipated trailer.

Diljit Dosanjh has been super busy this year, and is currently celebrating the success of his latest Punjabi flick ‘Shadaa’, alongside Neeru Bajwa. The film was released over the weekend, and smashed box office records and had the biggest Pollywood opening weekend.

He is now touring in Canada on his ‘ROAR’ tour, which has also created history for the Punjabi superstar.

There’s no slowing the ‘High End’ singer down, as the trailer for his next Bollywood flick ‘Arjun Patiala’ has been released.

The under three-minute trailer is packed with action, comedy, romance and drama that is sure to keep the audience hooked.

As well as this film, Diljit will also be starring in the Karan Johar production ‘Good News’. The romantic comedy will be starring Kareena Kapoor Khan, Akshay Kumar and Kiara Advani.