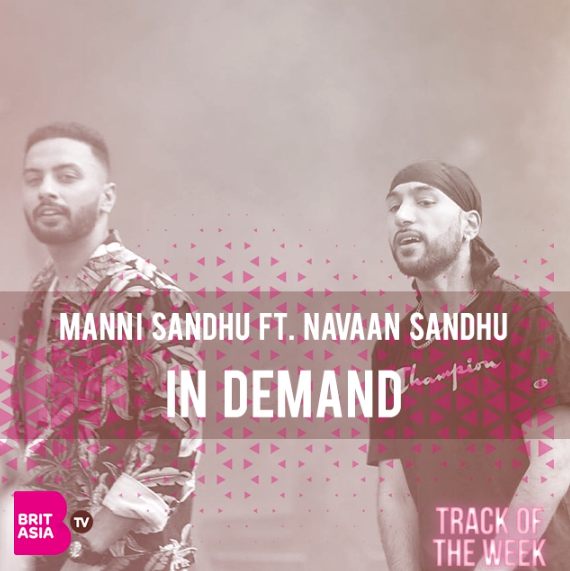 This week, our Track of the Week goes to Manni Sandhu and Navaan Sandhu for their track, ‘In Demand’.

The latest release is one of the summer anthems we have been waiting for, and definitely ticks all the boxes.

Following from ‘Talk is Cheap’, it’s another track which has been influenced with the west coast Hip Hop influence, with strong Punjabi vocals which makes this track a winner. It features new Punjabi vocalist, Naavan Sandhu, and his vocals fit perfectly with the music to the track.

To compliment the track, the video also gives you those summer vibes and was directed by Gurdas, who has worked with some of the biggest Punjabi artists such as Diljit Dosanjh, Jazzy B and many more.

‘In Demand’ has nearly hit a million views on YouTube, and we’re sure the numbers will continue to rise with the popularity of the song.