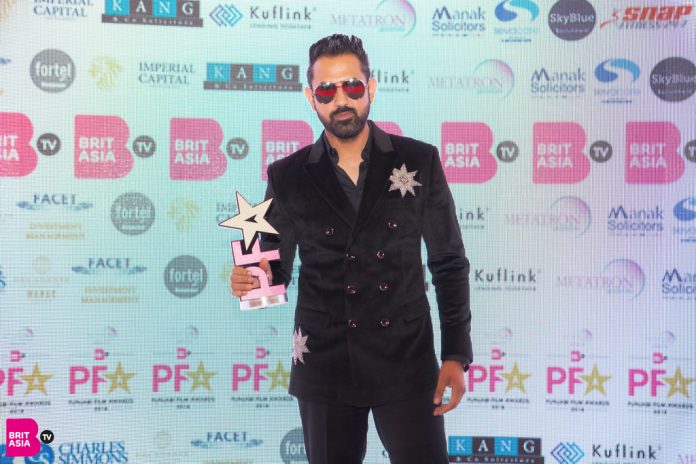 Punjabi cinema has been going from strength to strength, with stellar movies such as ‘Subedar Joginder Singh‘, ‘Sajjan Singh Rangroot‘, ‘Carry on Jatta 2’ and many more being released and receiving big numbers at the box office.

Gippy Grewal took to his Instagram to share a poster of a complete list of projects from his production house, Humble Motion Pictures, that is sure to dominate Punjabi cinema. Over the next two years, we can expect eight back to back films from Gippy’s production house. 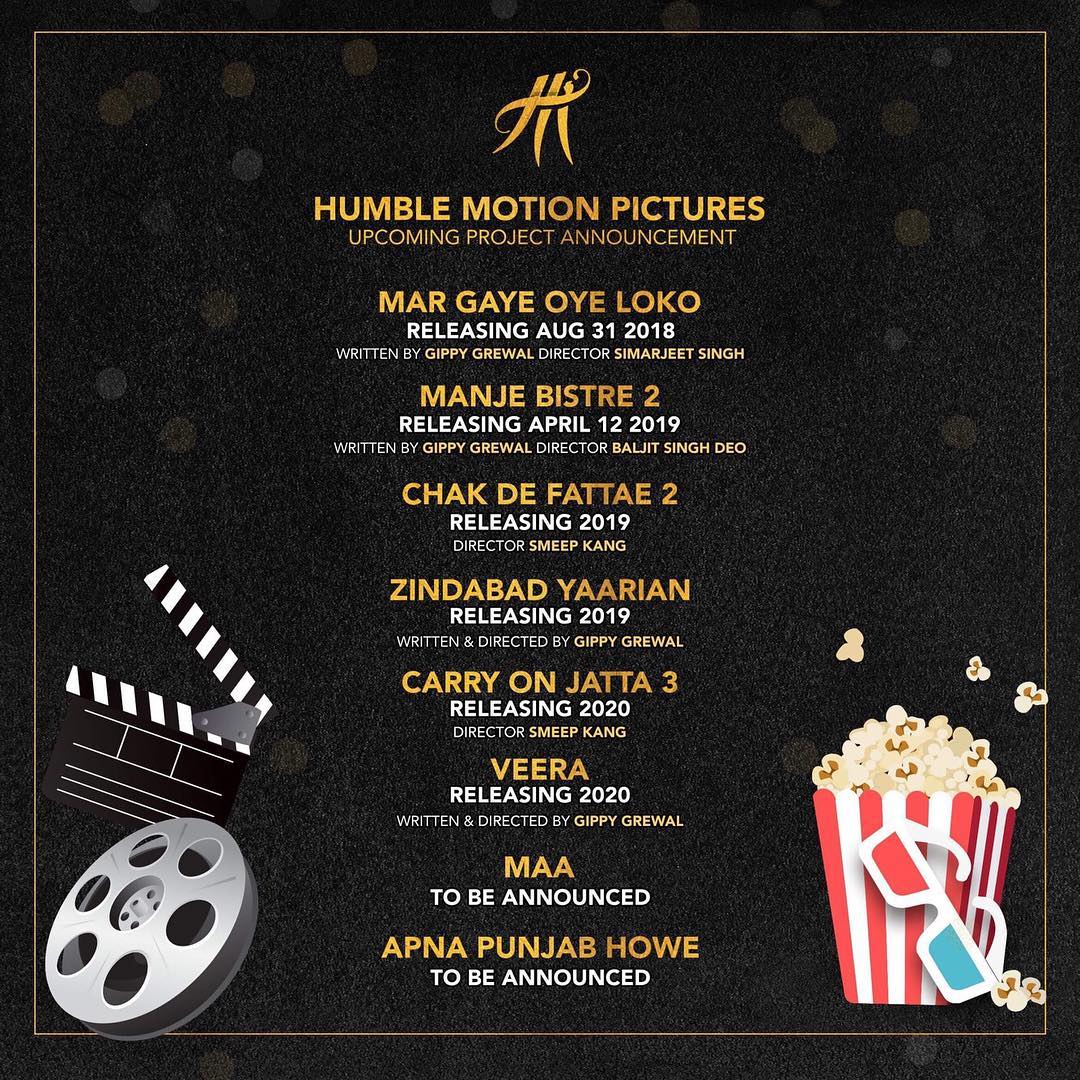 After the success of ‘Carry on Jatta 2’. Gippy is now set to release ‘Mar Gaye Oye Loko’. After writing the story of Ardaas in 2016, Gippy has put his writing hat back on for the upcoming movie. The movie will feature the actor himself and Sapna Pabbi, who will be making her debut in the Punjabi film industry. The movie will be directed by Simranjeet Singh and will be released in cinemas August 31st 2018.

After the huge success of ‘Manje Bistre’, where Gippy collected five awards at BritAsia TV’s Punjabi Film Awards for the movie, is now making a sequel – ‘Manje Bistre 2’. This time, it will feature Gippy Grewal alongside Simi Chahal, who has replaced Sonam Bajwa. The filming of the movie has already started in Canada, and has again been written by Gippy Grewal. Baljit Singh Deo will be back to direct the sequel.

Gippy Grewal will then be taking the directors chair for ‘Zindabad Yaarian’, which again he will be writing as well, which shows the amount of talent the singer and actor has.

The popular ‘Carry on Jatta’ sequence will resume with ‘Carry on Jatta 3’, that is sure to make audiences laugh harder than the first two. However, they will need to wait until 2020, but we’re sure fans will be excited for this one.

‘Veera’ is another movie we can expect from Gippy in 2020, which will again show off his writing and directing talent.

There are another two movies titled ‘Maa’ and ‘Apna Punjab’ that are being planned, however nothing more has been mentioned about these movies.

We can’t wait to see what the multi-talented star has in store for us, and we can expect to see more of Gippy in the future. Alongside the film news, he will be releasing another single titled ‘Sooraj’, which has been written by Jaani and the music done by B Praak. There is no official release date, but with the famous duo on the lyrics and music and Gippy singing, we’re sure this will be a hit.