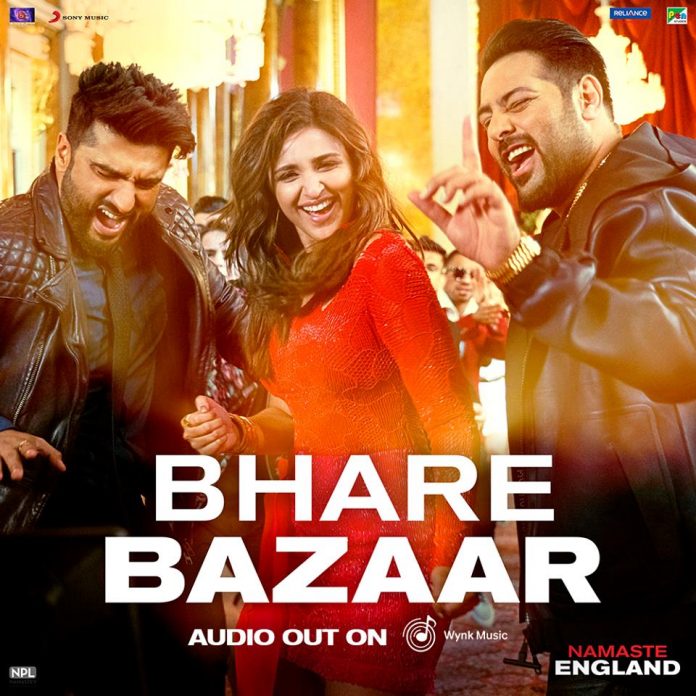 The makers behind the upcoming Bollywood movie ‘Namaste England’ have released the second track from the sound track titled, Bhare Bazaar.

The movie starring Arjun Kapoor and Parineeti Chopra has already seen one emotional love song – ‘Tere Liye’, but this time the makers have released a dance track that will have you tapping your foot along to all day.

‘Bhare Bazaar’ has been produced by Rishi Rich and Badshah with Vishal Dadlani, Payal Dev, Badshah and B Praak singing the peppy track. The rap has been done by Indian rapper Badshah, who is still riding on the success of his album release ‘O.N.E’.

The song has been taken from Rishi Rich’s 2006 album, The Project, and has been revamped for the Bollywood movie.

In the video for the track, we get a glimpse of the love and hate relationship between Arjun and Parineet’s characters. Rapper Badshah also makes a surprise cameo in the music video.

Namaste England, directed by Vipul Amrutlal Shah, is due to hit the big screens on October 19th this year, where we can witness the relationship between Jameet and Param unfold in front of us.