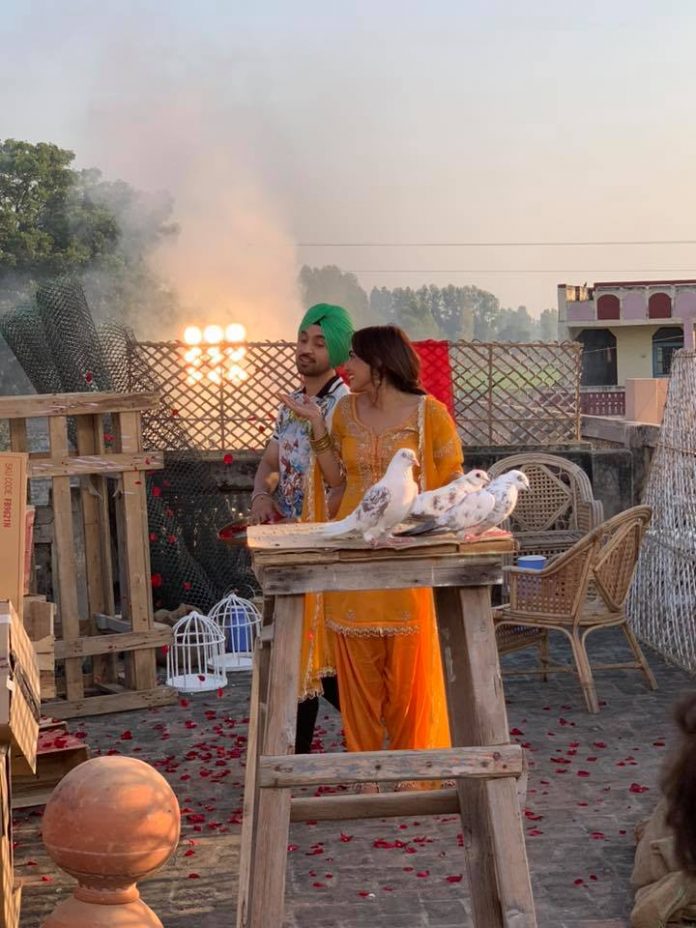 Punjabi star Diljit Dosanjh is back with his latest track titled, Gulabi Pagg.

Throughout the month of November, Diljit has been teasing his fans with the news of new music. He didn’t disappoint when he released his singles ‘Pagal’, ‘Jind Mahi’ and ‘Aar Nanak Paar Nanak’. He then announced that he has a full Bhangra album on the way, and gave his fans some glimpses of what to expect.

The first track of the album he has released is ‘Gulabi Pagg’ and shows off the old Diljit. It’s a Bhangra packed track, and has been produced by famous music director Jatinder Shah. It has been written by Ranbir Singh, and Harry Singh and Preet Singh have directed the colourful music video.

Diljit Dosanjh’s fun personality shines through in the video, and will have you watching it all the way through. Not only do we see his Bhangra moves, but his eye-catching designer shoes with his traditional Punjabi clothing. The music video also features actress Neha Sharma, who plays Diljit’s love interest in the video.

The full album ‘Roar’ is also now out!