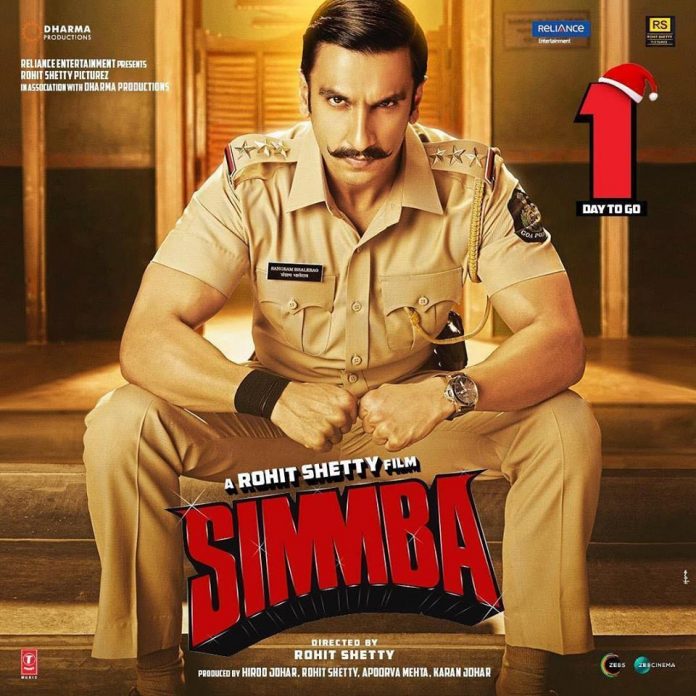 The makers behind the upcoming Bollywood movie ‘Simmba’ have released the fourth track ‘Mera Wala Dance’ from the flick ahead of its release tomorrow.

After hooking audiences around the world with the dance numbers ‘Aankh Marey’ and ‘Aala Re Aala’, and the romantic track ‘Tere Bin’, the fourth track has been released just in time for the movies premiere.

It’s another high energetic performance from lead actor Ranveer Singh and lead actress Sara Ali Khan. It’s also a special song as it features Ajay Devgan in the video for the track, and gives a huge hint into what we can expect from his character.

Ajay makes a grand entrance in the song as he struts out of a police car. He’s then greeted by a salute from Ranveer before the two go on to do some serious fighting.

In the second half of the track, Sara Ali Khan joins Ranveer on the dance floor, and we see both wearing formalwear for their upbeat dance sequence.

The track has been sung by Neha Kakkar and Nakash Aziz, and has been composed by DJ Chetas. ‘Simmba’ is set to hit screen on Friday 29th December, and has been directed by Rohit Shetty.