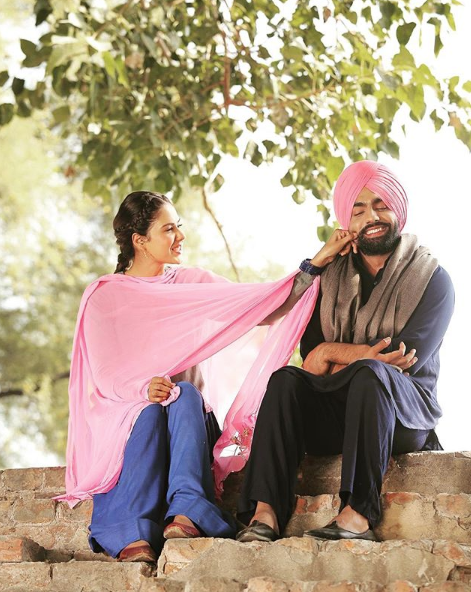 The makers behind the upcoming Punjabi flick ‘Muklawa’ have released the title track from the soundtrack.

Following on from the release of ‘Boliyaan’, ‘Jutti’, ’Rabb Jaane’, and ‘Gulabi Paani’, the makers have now released the title track days before the release!

The track has been sung by Happy Raikoti and Harpi Gill, and the melodious music has been produced by Cheetah.

The visuals show us the loving side to the relationship of Ammy’s and Sonam’s characters. The gentle moments have been captured beautifully and will make you fall in love with the on-screen couple’s chemistry.