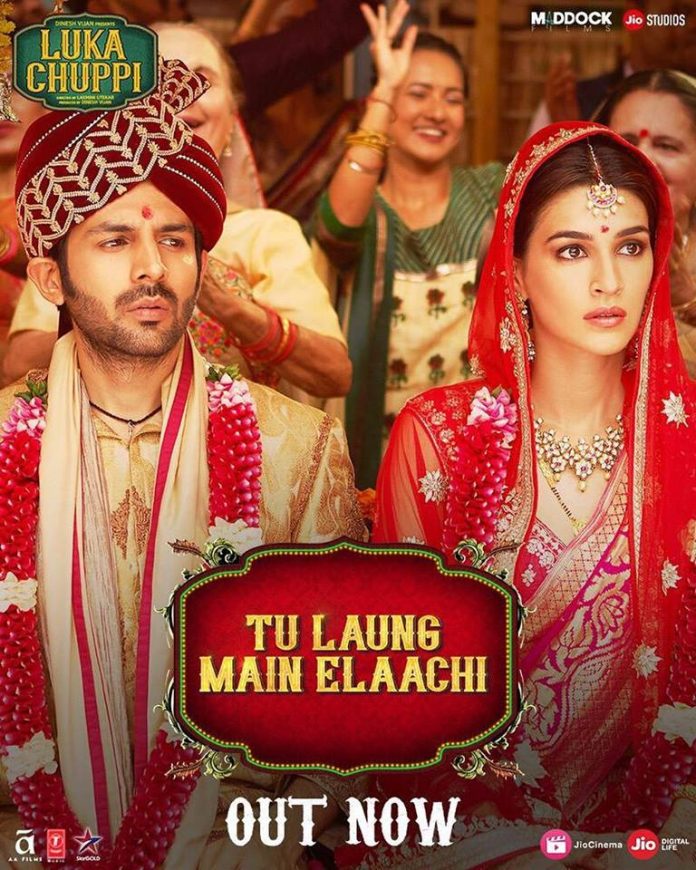 The makers behind the upcoming Bollywood movie ‘Luka Chuppi’ have released the fourth track ‘Tu Laung Main Elaachi’ from the soundtrack.

The Kartik Aaryan and Kriti Sanon starrer is one of the most anticipated movies of the year, and with each release of a new song the hype around the movie builds. This will be the first time we will be seeing the two lead actors on screen together, which is also causing a stir.

‘Tu Laung Main Elaachi’ is the fourth track to be released, and is another Punjabi song remake. The filmmakers have remade the title track from the Punjabi movie ‘Laung Laachi’, which was originally sung by Mannat Noor.

The song was a huge hit and has garnered over 600 million views on YouTube, so it’s not surprising to see that Bollywood has jumped on the Punjabi track. However, the remake has been sung by Tulsi Kumar and the track has been given the Bollywood revamp.

This isn’t the only song from the movie that has been remade by other Punjabi songs. The previous releases ‘Photo’, ‘Poster Lagwa Do’ and ‘Coca Cola’ were also popular songs that were picked for the movie.

In the video, we see a wedding setting where see both actors dancing with each other, and see their chemistry intensify.

‘Luka Chuppi’ explores a live-in relationship before marriage, which isn’t very common in India. It’s creating a lot of hype in Bollywood and will be hitting the big screen on 1st March!