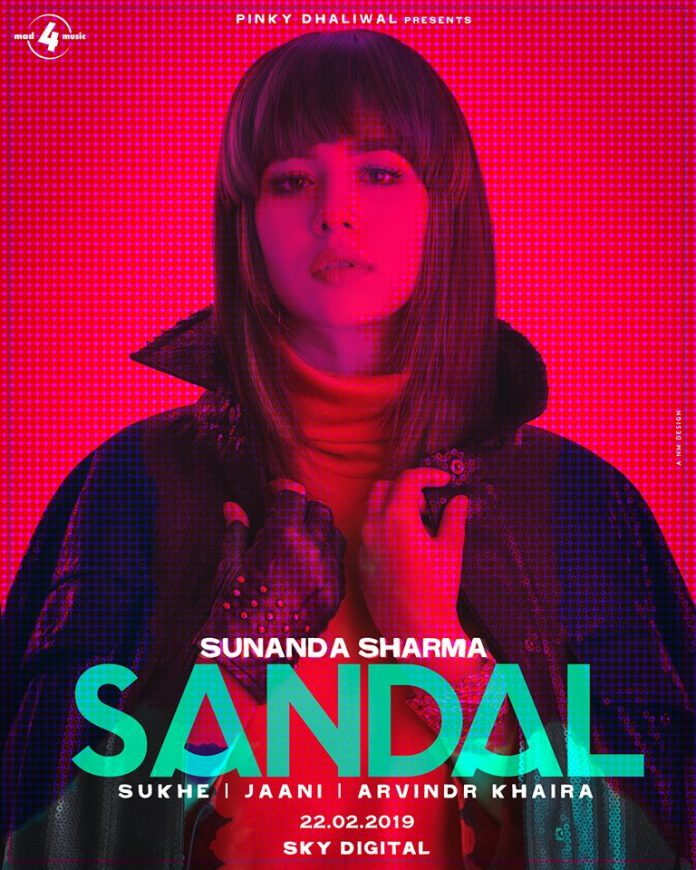 It has been a couple of months since Sunanda Sharma has been teasing her fans with news of a new track. She finally announced to her loyal following the name and release date of the upcoming track ‘Sandal’.

Here we go guys😊
Presenting to u the poster of My first single track of 2019 “SANDAL “ 👠
Dont forget to share and tag #sandal ,
so that i can reshare your post.
Love my supporters 🤗 hun sab kuch tuhade te .🙏🏼 pic.twitter.com/R9HhEzFIKf

She created a guessing game amongst her fans, where she revealed little news and let her fans put the jigsaw pieces together. She ended that by finally sharing the official poster for ‘Sandal’.

Sunanda has partnered up once again with Janani, Avrindr Khaira and Sukh, following on from the success of their previous track ‘Morni’. The ‘Patake’ singer has switched up her look and we see her sporting a fringed cut. She’s becoming well known for her style and is portraying it well in the poster.

The track will finally be out 22nd February, and we can’t wait to see what she has instore!