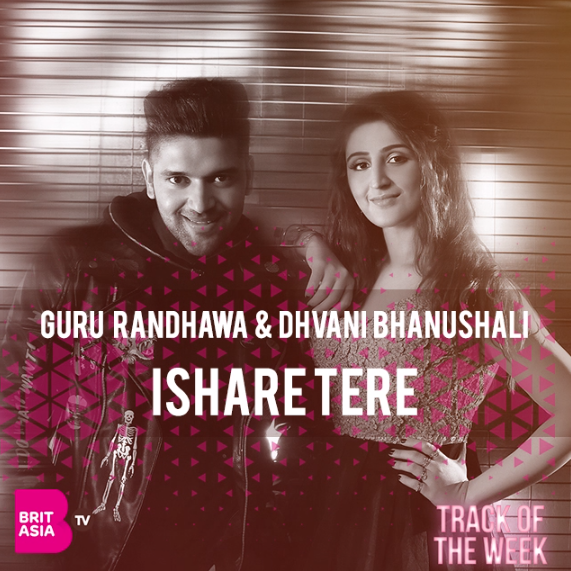 This week, our Track of the Week goes to Guru Randhawa again, but this time for his track ‘Ishare Tere’ featuring Dhvani Bhanshali.

Guru Randhawa has been working hard and results are showing, as he has released two songs last month. He made his Pollywood debut with ‘Aaja Ni Aaja’ for Gippy Grewal’s upcoming movie ‘Mar Gaye Oye Loko’, which was our Track of the Week last week, and then we saw the release of ‘Ishare Tere’, which features Dhvani Bhanshali.

This is the pairs first collaboration together, and it does not disappoint. They work well together and have created a club anthem, that will get everyone dancing. The track is reminiscent of Guru’s previous track ‘Lahore’, where fans might recognise the same beat and style of music, but again it works well with ‘Ishare Tere’.

The music video hasn’t got as many amount of views as it ‘High Rated Gabru’ and ‘Lahore’ did, but it has gathered over 36 million views and is another track that show’s Guru’s versatility, with fans across the world enjoying the track by the Punjab native.

Guru Randhawa is also set to tour the UK in September and will be bringing his ‘High Rated Gabru’ to Manchester, London, Birmingham, Gravesend and Leicester.