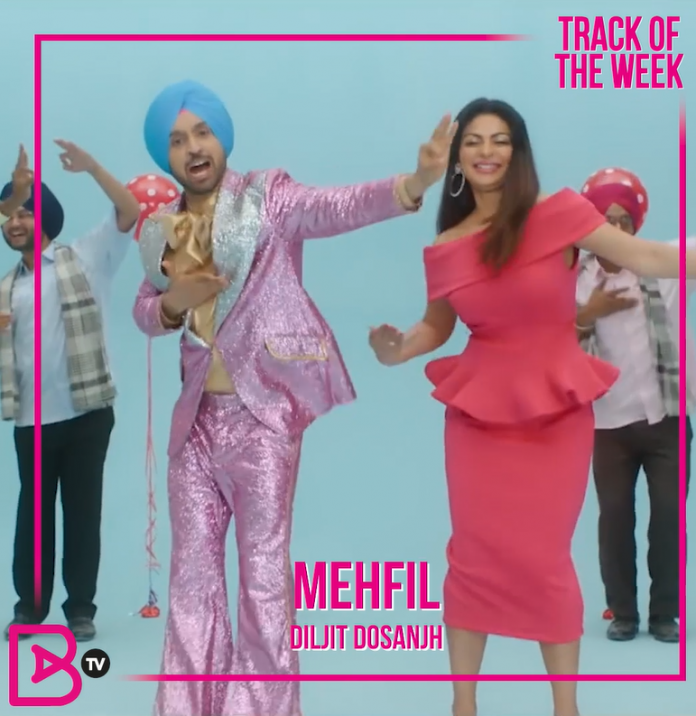 This week, our Track of the Week goes to ‘Mehfli’ from the upcoming Punjabi movie ‘Shadaa’.

‘Shadaa’ has become one of the most highly anticipated movies of the year, and fans are eager to see Punjabi superstar Diljit Dosanjh in a Punjabi flick again.

The soundtrack has matched the exceeded the expectations of many, and we have heard numerous hits from it including ‘Tommy’, ‘Expensive’, ‘Mehndi’ and many others.

One of the releases that caught our attention was ‘Mehfli’, with its catchy music and quirky 70’s inspired visuals.  It’ll make you want to get up and dancing in no time, and is another great edition to its successful soundtrack.