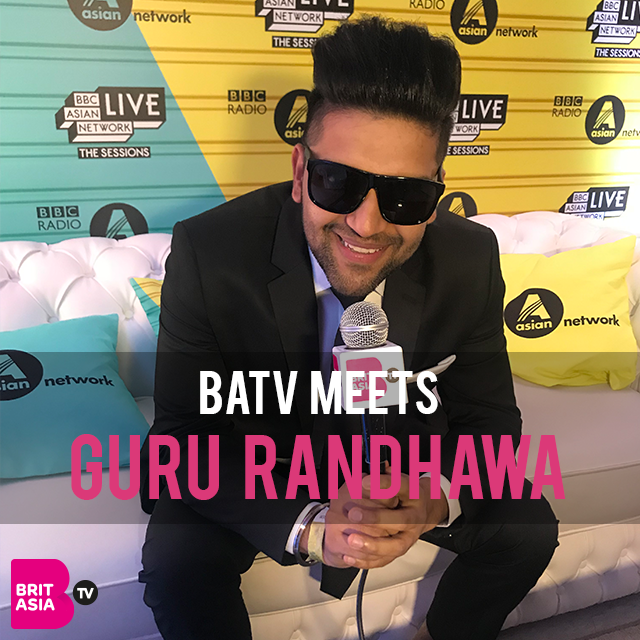 BritAsia TV caught up with one of the biggest Punjabi singers at the moment, Guru Randhawa.

The singer has been releasing hit after hit such as “High Rated Gabru” and “Lahore” and has been recently lending his vocals for Bollywood movies, with songs such as “Patola”, “Kaun Nachdi”, and many more.

His videos have been racking up millions of views on YouTube and the star recently performed his first show in the UK.

Not only is he killing it in the Punjabi scene, but even Bollywood has fell in love with his voice, and Guru recently re-released his 2015 track  “Patola” for the Bollywood movie “Blackmail” starring Irrfan Khan.

We caught up with the singer to talk about the chart topping single ‘Lahore’, where he told us that the inspiration behind the song was beautiful girls.

The humble singer also told us that all of his songs are his favourites, as he sees them as achievements that have helped him grow as an artist, and has put him in the position he is in today.

With the success of his songs breaking into the Bollywood scene, we had to ask him if we can see him on the big screen, but sadly music is his passion and the singer told that his acting skills aren’t quite up to scratch.

On collaborations, the singer told us that he would love to work with British Asian singer Jay Sean, and if he could pick someone from across the pond, then Bruno Mars would be the guy. We’re sure the two suave individuals would make a hit!

We can expect more music from the singer in 2018, and there’s no doubt they will be hits.

Check out the full interview with Guru Randhawa below.