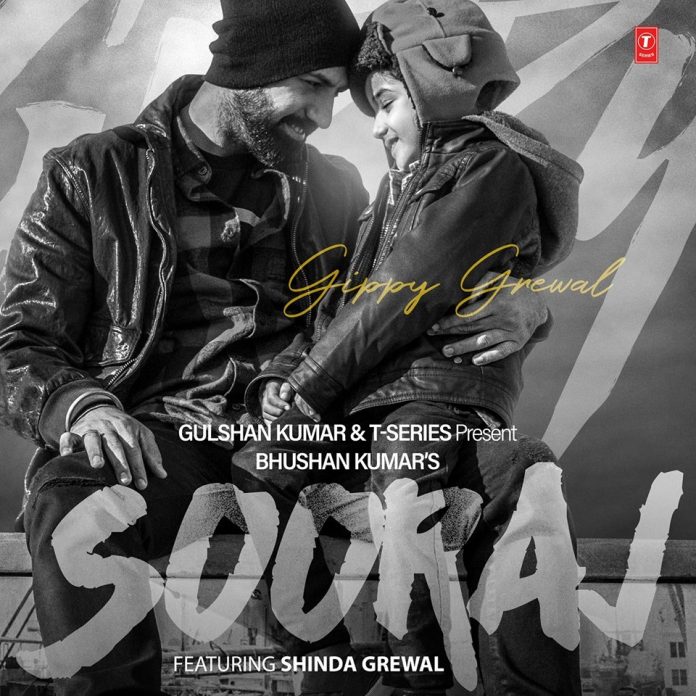 ‘Sooraj’ is very different to the Bhangra heavy and dance numbers he has recently been releasing, and has now gone for a much softer and emotional track. Not only do we see the multi-talented Punjabi native, but the video also features his younger son Shinda Grewal, who is sure to steal hearts.

After writing the heart-breaking song, Hath Chumme, Jaani is back again with another emotional track. He has teamed up with B Praak who has composed the music, that will move you. The duo are outdoing themselves at the moment, and it’s obvious to see why many artists are choosing to work with them.

The music video for the song has been directed by famous Indian director, Baljit Singh Deo, who has also recently directed Sidhu Moosewala’s latest track, Dark Love. The gripping music video follows Gippy finding out his wife is cheating on him, and he goes out seek revenge.

We can see why Gippy is one of the best Punjabi actors throughout the video, and are instantly hooked into the story line. As well as a beautifully shot video, there is also a lesson to be learnt from the video as well, which ends with a life learning lesson.

Fans of Gippy can expect more from the singer and actor, as he is set to release eight back to back movies over the next two years. We have also seen him star in ‘Carry on Jatta 2’, which was a huge success and was a hit around the world.